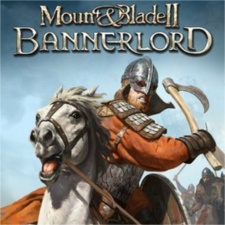 Recently-released action RPG Mount and Blade II: Bannerlord has fought off the competition at the top of the Steam chart.

In second place this week is Valve with its Index VR kit. The American firm has struggled with production for its hardware due to the coronavirus outbreak. Furthermore, it announced stock would be available on March 9th. However, it sold out that same day. Currently, new orders will ship after eight weeks.

Berserk Games' Tabletop Simulator took third place after being discounted by 50 per cent over the Easter weekend. In fourth place is Creepy Jar's open-world survival simulator Green Hell. Last week, the developer and publisher added cooperative play to its title.

Capcom takes the No.5 spot this week with Resident Evil 3. The survival horror game was released on April 3rd, its predecessor – Resident Evil 2 – was not only a Game of the Year candidate but it was also the highest-reviewed game on Metacritic last year. Reportedly, Resident Evil 8 will be released in 2021.

In sixth place is Activision's shinobi-souls hybrid Sekiro: Shadows Die Twice. Last year, the game took home the top prize at both The Game Awards 2019 and The Steam Awards. Currently, the game is on offer with 35 per cent off. At No.7 is Hello Games' exploration title No Man's Sky. Last week, the game received its Exo Mech update.

Bethesda raised hell with Doom Eternal at No.8. The game was released on March 201th, and it shot straight to the top of the Steam chart. The publisher claimed that Eternal experienced the best opening weekend in the franchise, it had 104.9k concurrent users on Steam.

The penultimate entry this week is Last Oasis by Donkey Crew. Currently, the survival MMO is in Early Access. Finally, the chart is closed out by Sid Meier's Civilization VI. 2K's game is on sale with 70 per cent off.

Here is the Steam Top Ten for the week ending April 11th: