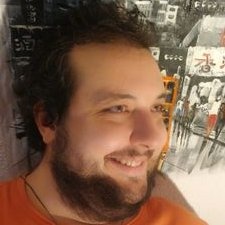 Today, we're speaking to PartTimeIndie's Nikolas Crisci, who submitted School of Magic to The Digital Big Indie Pitch (PC+Console Edition) #9 sponsored by Kwalee, and walked away as the runner-up.

Nikolas Crisci: My name is Nikolas Crisci and I am a Solo-Dev from Würzburg Germany. My company is called PartTimeIndie and I have wanted to create games since I was about 12. After learning how to program, I did not think I could do a game by myself and I did not try to break into the industry. In 2016 a colleague of mine told me about Unity and it sparked my interest, afterwards, I started to work on games in my spare time. In 2017 I reduced the hours at my company from 40 to 28 and finished my first PC game Will Glow the Wisp. Following that, I started to work on School of Magic. My inspiration for games can come from anywhere: drawings, movies, nature or other games.

Tell us about School of Magic that you pitched at the competition.

School of Magic is a Hack & Slash Roguelike game with a levelling system inspired by deck builders like Slay the spire. Because of that, you will have a different "level tree" in every run and you need to strategize how to create the optimal build. I always say School of Magic is the game I wanted Diablo 2 to be, a Hack & Slash without the grinding for gear at the end.

What do you think are the most unique and interesting aspects of School of Magic that gamers may never have seen before.

School of Magic is a game that blends hack and slash gameplay with roguelike and deck builder elements. What made you choose this genre, and what do you think you bring to it that may not have been seen before?

I always wanted to make a game like Diablo 2 where the character build was at the centre of the gameplay, but I had a bunch of problems with that concept. First of all a normal Hack & Slay game takes many hours to finish, so I did not know if it would be possible to get people to start over a bunch of times. The roguelike formula helped in this regard, it showed me how to build a game that was built on the idea of restarting and what should be done so that players would embrace that. That meant the game got permadeath and procedural level generation so that every game would feel different. I still had the problem that once you figured out how to build a character that you would never change what you were doing, so the game would feel flat after a couple of runs.

This is where the deckbuilding part came into play. Instead of having a fixed level tree, I created a system that would change with each run and always let you think about what to do next. There are many other inspirations that helped shape School of Magic, the metagame system is based on the deckbuilding idea of Magic the Gathering, just to name one more. Anyway, I think School of Magic is the first game that combines all these genres and takes their strength and gets rid of their weak spots. It takes the ease of use, excitement and exploration of a Hack & Slay and combines it with the deep strategic gameplay of a Deckbuilder, this way the exciting gameplay of a deckbuilding game can be brought to a wider audience.

How did you come to choose the platforms that you would develop School of Magic for?

I develop for Steam, mainly because of the low barriers it has. I learned from my last game that other platforms come with their pitfalls and I first wanted to find out if the game was accepted by the players, before putting effort into getting on these other platforms. I also play most of the time on Steam and it helps me to keep testing easy (develop and test on the same device). All this combined with the fact that I am only working part-time and wanted to reduce the work wherever it made sense, made me decide to go with only a PC version for now.

I am doing this part-time, I would not be able to survive as an indie developer right now.

The first game I released on Steam was a smaller title because I heard that from other devs and it flopped. So I thought to myself that maybe I should have gone with a bigger game, but now with more experience, I see all the mistakes I made and now I feel it was very good to make a small game first. This is obviously only possible if you already plan to create more than one game.

It was a great format, I like that you focused on gameplay and the short time helped me to think about what is really important.

I liked the feedback and I loved talking to the other devs. I might do another pitch to see if I can improve.

Well, it would be great if the game gets enough sales, so I would feel comfortable with my reduced hours. My last game did lose money, so I hope to offset that. I currently have no tangible plans for games after School of Magic, that does not mean I do not have ideas, it is just too early to talk about them.