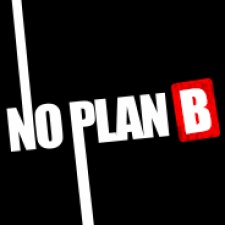 Most recently that meant hosting The Digital Big Indie Pitch (PC+Console Edition) at Pocket Gamer Connects Digital #8 sponsored by our season sponsors Kwalee. An event we hosted in part due to the overwhelming talent coming from indie developers at this time.

This time around we saw even more exciting and interesting indie developers pitch their latest works to some of our most established judges and journalists, with 16 battling it out for the crown. In fact, we had nearly 100 entries, though if anything, for the final 16 this made the competition even more fierce than usual. Nevertheless, the judges did, in the end, settle on the top games from the pitch, with the winner finally being settled on. That winner was No Plan B, an engrossing tactical game where there is no scope for failure.

Of course, No Plan B, as you already know, was the winner, but if you want to learn more about not only No Plan B but also our runners-up from The Digital Big Indie Pitch (PC+Console Edition) at Pocket Gamer Connects Digital #8, then simply read on.

No Plan B tasks players with not only putting together and equipping an elite squad of tactical operatives but also with guiding this team through gripping tactical infiltration operations. Thankfully, in order to help you succeed developer GFX47 has created an innovative timeline system so that players can carefully coordinate their team and their attacks on the fly.

Of course, on top of this "plan, preview, proceed" mechanic, the game is also rich with other features that help to keep the experience diverse and engaging. For example, it's not just about saving people, as GFX47 are included multiple scenarios that range from being tasked with saving hostages to planning for a bank heist. What's more, there will also be user-generated content in order to allow the community to create their own unique missions.

Traction Control is an exploration-focused downhill racer in which only select laws of physics apply. As you can imagine, this means that players will be able to drift, jump, boost, and even ground their way down the hill. Just think Tony Hawk's in cars going downhill and you get the idea.

Of course, on top of this simple premise lies a wealth of content, as Sailboat Studios have made sure to include additional features such as challenges, a range of tricks to perform, a wealth of vehicles all with their own unique abilities, and of course multiplayer mode. Finally, completing the driving experience is the ability to turn on the radio and enjoy some tunes as you race to the bottom.

In Farewell North players play as a Collie dog who is travelling with his owner across the vast and desolate islands of Farewell North. Within this open-world journey, players will explore across both the land and sea as they uncover hidden paths, avoid monsters and free trapped wildlife.

What's more, as players explore the lands of Farewell North they will also notice that colour will be restored to the lands, and in the process, an emotional story about saying farewell will slowly reveal itself. All in all, Farewell North promises to be a heartfelt and engrossing 3D single-player experience, one focused on emotional storytelling, exploration, non-combative gameplay and puzzle-solving.