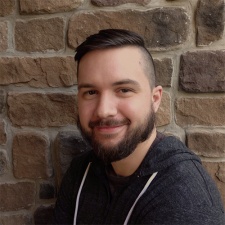 Combining Binding of Isaac style dungeon crawling with Vlambeer gunplay, Enter the Gungeon hit hard when it launched in 2016. The game sold one million copies in 13 months and has been a long-term success for developer Dodge Roll Games and publisher Devolver Digital.

But it’s not been smooth sailing for the studio. We caught up with designer Dave Crooks to discuss about the team’s decision to exit the Gungeon with one final update, Farewell to Arms, and the challenges of meeting unplanned expectations.

Why did you decide to cap off Enter the Gungeon’s lifespan now?

Creative and technical fatigue. After five years of developing Enter the Gungeon, with many interesting and potentially creatively fulfilling ideas and opportunities passed on, combined with increasingly annoying technical slogs to get new features working without generating new bugs, we just needed to move on to stay happy, to stay productive, and to stay sane. Gungeon is a game where, by design, everything interacts with everything else, and everything is decided at runtime.

All new content had to play well and not break countless other decisions that had been architected in different development “eras.” We couldn’t just add Orbit Bullets for example; they had to interact nicely with 8 fundamentally different weapon categories, companions that shoot fundamentally different kinds of bullets, and other complicated bullet movement modifiers like Helix Bullets. New content had to be interesting, had to be different and worthwhile; with hundreds of guns, items, enemies, and bosses, the options within the framework of the game become slimmer.

The more interesting stuff we added in, the more difficult it became to add anything else without things breaking. After years of this steady climb in implementation complexity, adding new interesting guns and items slowed to a crawl, and became less fun to work on as it became more fragile.

How did the long-term plans for Enter the Gungeon change?

We had no idea, or dream, that Gungeon would be as successful as it has been, and as it continues to be. Because of that, pre-launch we had a rough idea of “some DLC after a break.” I think for a long time, we planned on doing two free updates, and that was it.

However after our first major update, Supply Drop, that slowly shifted to two free updates plus a larger paid DLC that would act as a sort of pseudo-sequel. We planned a staggering amount of content, particularly in new levels and bosses, a few I am quite sad never made it. After Advanced Gungeons and Draguns took 18 months to develop, however, it became clear that anything we made at the scale of a “larger” paid DLC, would take multiple years to develop. We couldn’t commit to that, but we also didn’t want to leave Gungeon in precisely the state that it was in at the end of Advanced Gungeons and Draguns’ development.

So we altered course again to release one final, very small, update- as a goodbye to the game and a thank you to fans. In typical Dodge Roll fashion, that update snowballed into an update about the size of Supply Drop. We are really happy that we gave the game a proper send-off, so I think the increased scope of A Farewell to Arms was the right move.

How has the community reaction been to Farewell to Arms, and how did you pitch the end-of-life update?

Aside from the bugs (we are working hard to fix them!), the community has reacted very warmly to the update, and we are very happy about that. Particularly, I think, to the addition of Rainbow Mode and the new Paradox character.

The general pitch of the update was to close out Gungeon in a satisfying way, finally insert some of the most important planned features that kept getting cut, add some minor lore that “closed the loop” of the Gungeon, and address some long complained about foibles with the game’s balance.

What was the biggest lesson you learned from developing Enter the Gungeon?

Plan better. Everything from reducing uncertainty in development, to not announcing and showing the game too early, to preventing crunch, to indirectly helping to ensure more stable releases- better planning is our new motto. On Enter the Gungeon, everything was from the hip, and it felt like we were constantly moving from one crisis to another.

We were on tour showing the game, which diluted the team’s ability to be productive, and necessitated “show builds” that wasted development time. Being right at the brink schedule-wise was unhealthy and also caused more features to be implemented “the fastest way” instead of “the best way.”

After five years of development on Gungeon, we are really seeing the long-term negative effects of developing a game that way and as I mentioned, it is the primary reason for altering the update plan for Gungeon’s post-launch life.

What’s next for Dodge Roll?

We are currently working on a handful of projects, none of which I can speak about in detail. All I can say is that at least one of them is likely going to be set within the Gungeon universe.

Ape Out creator Gabe Cuzzilo: “I'm just out here trying to make games and not get a real job”