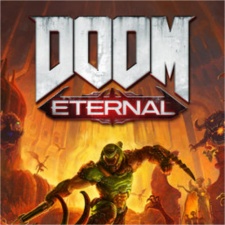 The new title was released on March 20th. The game's developer Id Software crunched for the majority of 2019 to get the shooter finished. Publisher Bethesda also took fifth place in the chart with the Deluxe Edition of its new game.

In third place this week is Borderlands 3. The game came to Steam on March 13th six months after it came to the Epic Games Store. Developer Gearbox's title was exclusive to the Fortnite maker's platform for half a year. On March 15th – two days after release – the game recorded 93,597 concurrent players on Steam. The looter-shooter boasted 248,000 simultaneous users when launched on Epic's store.

Overall, the Borderlands franchise has generated more than $1 billion in revenue. Furthermore, a new film based on the series is on the way with Eli Roth as a potential director.

At No.6 is Paradox Interactive with its Federations DLC for Stellaris. It was released on March 17th. In eighth place this week is Grand Theft Auto V. Rockstar's criminally charged title was the best-selling game in both the UK and the US for the last decade. It is currently on sale with 50 per cent off. The publisher has chosen to get its staff to work remotely due to the coronavirus outbreak.

The penultimate entry this week is Monster Hunter World: Iceborne. Capcom's RPG expansion came to PC in January 2020. However, it was first released on consoles in September 2019. Earlier this month, it was revealed that five million copies of Iceborne had been shipped worldwide.

Closing the chart is Ori and the Will of the Wisps from developer Moon Studios and publisher Microsoft. It's the eagerly anticipated followup to 2015's Ori and the Blind Forest and is yet another first-party release from Xbox Game Studios that has come to both the Big M's Windows 10 platform and Steam on PC, following Halo: The Master Chief Collection.

Here is the Steam Top Ten for the week ending March 21st: