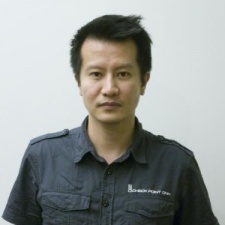 Like many games that go on to change the direction of the industry - see also MOBAs and battle royale - Counter-Strike began life as a mod for Valve's Half-Life from Minh "Gooseman" Le (pictured) and Jess "Cliffe" Cliffe.

While it's easy to look back now and see the impact it had on the industry, at its inception it was a hobby project for Le.

"I didn't have big plans for it," he tells PCGamesInsider.biz.

"It started out as a small mod. At the time, I had a lot of experience making those - this was my third one. The previous two mods I worked on had been pretty successful but never to the point where they became something like Counter-Strike. I was expecting more of the same level of success - a decent number of players but nothing too mind-blowing. We quickly saw the appeal after we released Beta 1.0; it was rough but we saw real strong gravitation towards it where we had a lot of players. At that point, we felt we were onto something big, which motivated us to make the subsequent versions really fast and put to the pedal to the metal."

Even before the game launched into beta, Le and co didn't really think it was going to be a huge hit. But then Valve came knocking on the team's door.

"I had no hesitation about working with Valve; we looked at them as gods and pillars in the PC games industry," Le says.

"There wasn't much convincing needed on our part. I remember they approached me when I was living in Vancouver. They flew down Robin Walker and someone else. At the time I was working at a PC games company called Barking Dog Studios [now Rockstar Vancouver] who were actually making a Counter-Strike clone called Global Operations. They brought me in because of Counter-Strike Beta 1.0 and 2.0 - they loved what we were doing. Then Valve became interested and ended up hiring Barking Dog to make Counter-Strike Beta 5.0. That was made in conjunction with Barking Dog Studios. Then shortly after Beta 5.0, I joined Valve and continued working on Beta 6.0 and 7.0, and finally the 1.0 release."

Having a game you made garner success is one thing; it's another altogether for someone like Valve to show up on your doorstep and is interested in what you are doing.

"It was an insane moment," Le admits.

It's really hard to come up with something fresh and new when you have all these IPs that have their own playerbase and their own established game mechanics. That's why Playerunknown's Battlegrounds was so remarkable; the shooter market had been pretty stagnant up until then. For the decade before, I'm not sure there had been much innovation

There's much that Le took away from his time working on Counter-Strike - telling PCGamesInsider.biz that his biggest takeaway was that developers shouldn't be scared to change things in the game, even if users aren't on board straight away. He feels that Counter-Strike now is very similar to Counter-Strike then, with Valve being both scared of annoying its users as well as maybe feeling that what is there now works - changing it might just annoy users.

"On the one side, as a developer, you're like: 'Well, if players like this then why put in the effort to change it'," he says.

"It's interesting. In a way, Counter-Strike has become like the FIFA series where each iteration is really just a slight overhaul. In a way, that's how the shooter became such a popular esports game - it hasn't changed so much over the last 20 years. A player can spend five or ten years getting good at Counter-Strike knowing that their skills aren't going to be diminished in five years time."

This is a stark contrast to how many developers of esports titles tweak their work. Blizzard is a perfect example, changing the metagame on a pretty regular basis with projects like Hearthstone and Overwatch.

"It's very courageous of them to do that because it keeps the game fresh," Le says.

"Hopefully in ten years time, Overwatch will be as big and if that's the case, it just goes to show that developers should be more courageous and willing to change the meta of the game. That's something I regret with Counter-Strike; we were too shy to do that. We didn't want to piss off the fanbase. As developers, we sometimes overvalue the opinions of some vocal fans. Sometimes we'd change a particular game mechanic in Counter-Strike and it'd be met with such huge resistance but after two or three weeks, it'd die down."

Asked about the impact of Counter-Strike, Le says there wasn't a huge amount of influence on the shooter space - save for Call of Duty introducing the Sabotage mode, which he feels is inspired by Counter-Strike's own Bomb Defusal game type. Overall, the ripple effect he sees is in the pro-gaming titles with a focus on smaller teams.

"Counter-Strike probably helped the industry see FPS games as a potential for esports," he says.

"I see a lot of games these days - like Overwatch - which have taken some influence from Counter-Strike in terms of those small squads against each other, very team-focused esports. I like to think a lot of that was influenced by Counter-Strike. Rainbow Six: Siege, too, is very interesting in that it really focused on the teamwork aspect. It's a great example of taking the Counter-Strike formula and expanding on it."

These days, Le is working as the creative director on a new title from Korean firm Pearl Abyss who you may recognise from buying Eve Online maker CCP last year. There isn't much that the development vet is able to share, beyond that it's a shooter.

But being back on the development side of things in 2019 for a game of this kind, we have to ask: how does Le feel about the way that multiplayer shooters are designed now versus back when Counter-Strike came about?

"The genre is so mature these days that a lot of new developers have a huge canvas to work from," he says.

"They can look to the experience of Counter-Strike and all these other games that have come and gone and take some lessons from them and innovate on these existing formulas. In some senses, it's a bit harder for developers to come up with something so innovative because the way I see it is that the FPS genre is so saturated with so many great ideas, concepts and IP. To come up with something truly new and fresh is a huge challenge. When I started making Counter-Strike, it was simple; there was only really Quake and Unreal Tournament around. It was so easy to do something new. It was easy to innovate back then because there were very few games around. In this day and age when you have all these IPs that have their own playerbase and their own established game mechanics, it's really hard to come up with something fresh and new. That's why Playerunknown's Battlegrounds was so remarkable; the shooter market had been pretty stagnant up until then. For the decade before, I'm not sure there had been much innovation.

He concludes: "I honestly don't know where we go from here. There's definitely going to be some more ideas coming around, but they won't be coming from me. I'm braindead, man."