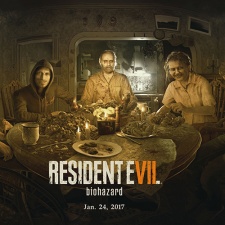 We now may have an idea of what the next entry in Capcom's Resident Evil franchise looks like.

As revealed by industry insider Dusk Golem revealed on Twitter (below) – and verified by VGC – Resident Evil 8 is set to release in 2021. The title will star Resident Evil 7's protagonist Ethan Winters and will also once again use a first-person perspective.

The game reportedly will take a more psychological approach to horror, with hallucinations and sections of the experience where you are experiencing a loose grip on your sanity. Oh, and there are apparently enemies based on creatures such as werewolves. On paper, it sounds somewhat similar to one of the early concepts for Resident Evil 4.

Dusk Golem also reports that Resident Evil 8 was initially planned to be a brand new entry in the Resident Evil Revelations spin-off series. However, the game was met positively internally at Capcom, hence it becoming a mainline entry.

Okay, so the little game is done. This will be breaking this month with more details later not by myself, but I've needed to clear some stuff up. "Resident Evil 2021" is Resident Evil 8, but it wasn't always RE8. During most of its development it existed as Revelations 3.