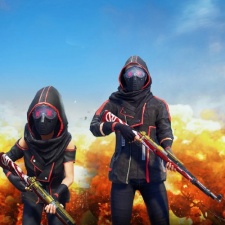 Playerunknown's Battlegrounds has fought to keep its place at the top of the Steam charts.

Last week, PUBG Corp's battle royale took the No.1 spot following a 50 per cent price cut. In April, the developer acknowledged the game saw an increase in the number of cheaters playing in 2019. That same month, PUBG Corp replaced the Global Series esports event with a digital show.

At No.2 is looter-shooter Borderlands 3. For its first six months of release, the game was exclusive to the Epic Games Store, but when it hit Steam in March, the game saw 93.5k concurrent players. Publisher 2K claimed the franchise has made over $1 billion to date shortly after Borderlands 3 launched in September 2019. Currently, the game is on sale with 50 per cent off, which will also have helped it reach second place.

Valve sits at the No.3 spot with its Index VR kit. The American firm's hardware suffered a shortage in production due to the coronavirus. More stock became available on March 9th. However, it sold out within 24 hours.

Perfect World Entertainment takes fourth place with Remnant: From the Ashes. The guns-meets-Dark Souls hybrid got its first piece of DLC on April 28th – Swamps of Corsus. At No.5 is Mount and Blade II: Bannerlord, the RPG is currently in Early Access. TaleWorlds Entertainment's title sat at the top of the Steam chart for three consecutive weeks.

Streets of Rage 4 comes in at sixth place. Developed by French firm Dotemu, the eagerly-anticipated title was released on April 30th. It follows a 16-year hiatus for the series, following Streets of Rage 3's released back in 1994. The title is also available on Xbox's Game Pass subscription service on PC. The fact that it was the sixth best-selling title of the week on Steam shows that it's a popular game indeed.

Ever-present in the chart is Grand Theft Auto V. Rockstar's law-defying game came in at No.7. It was the best selling game of the last decade in the UK and the US.

The penultimate entry this week is Gears Tactics by Xbox Game Studios. The turn-based strategy game was released on April 28th. Closing out the chart at No.10 is Monster Hunter World: Iceborne. Capcom's fantasy RPG expansion has shipped five million copies worldwide as of March 2020.

Here is the Steam Top Ten for the week ending May 2nd: