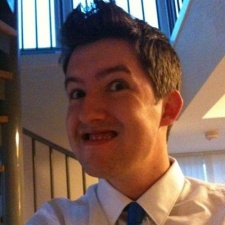 Garry Newman is arguably one of the most prolific developers on Steam. Having set up Facepunch Studios in 2004, the game maker set about working on the massively successful and pretty weird Garry's Mod. Now the team is hard at work on Early Access survival game Rust, among other projects.

We checked in with the developer earlier this year to see how Facepunch is changing, how Newman's opinion of Early Access has changed and what his plans for the future are.

How’s the last year been for Facepunch?

Slow and steady. I want to get Facepunch into a position where we're kind of an incubator for talented game developers. So we evaluated where we are and what we need to do to be more agile, and I started working on a backend system for us.

As we've got bigger one of the problems we found was that we don't know what people are doing.. so this backend aims to make everyone's work more visible to everyone else.

How is Garry’s Mod performing these days? Why do you think the game has had such long-lasting appeal?

It's stayed so popular primarily because of the incredibly creative modding community. Then it's all about streamers. I can pretty much guarantee that every week more people watch it being played than actually play it. Then finally... it's the Source engine - so you can run it on a potato - great performance is a feature.

It's also nice to think that the people in their late teens buying Garry's Mod today wouldn't have been able to even play/buy it when it was released 10 years ago. So because its lifespan is measured in decades instead of months you have this constantly regenerating audience.

What were your expectations of Garry's Mod prior to launch?

At the time I think I'd been fired from my £10,000 a year job, so that was my only frame of reference for being financially stable.

I would breaking that down in my head.. I needed to make about £800 a month to be okay, about £200 a week. So if I make about £3 from each copy I need to sell 66 copies a week.. which is nine copies a day. So nine copies a day was the target. I was pretty doubtful that it'd even hit that low target.

Rust has sold 5.5m units. Again, I'm curious how well did you think that project was going to do ahead of its launch?

Christ, before we launched we would have been happy if it made anything. We were very unsure about its release, we were most worried about embarrassing ourselves. At that time we were feeling hugely aware that we were living in the shadow of Garry's Mod's success.

I've since realised that it's stupid to compete with yourself in that way, and the only way you really lose is by cheating customers or not enjoying creating.

How is development of Rust coming along? How has that title performed so far?

We've been going back and forth on a lot of gameplay decisions. We're trying to get settled now to clean up and come out of early access. It feels like we've been there long enough.

It seems the perception of Early Access has changed a fair bit over time. Have your thoughts on Early Access changed since Rust launched onto the scheme?

I would avoid Early Access like the plague. It's tempting to start a project and throw it in early access and develop it alongside the community. Over the years I've come to decide that it's a pretty optimistic way to work. There's no real exit strategy if things go wrong. If no-one buys it do you still have to finish it? If you abandon it do you give money back?

I love the idea of letting people pay to access our work in progress prototypes. But that lack of exit strategy is just going to make us feel compelled to work on stuff that isn't going to work, or be shitty to the people who joined.

How is development of Before coming along?

Facepunch is very open about its development process. Why is this?

There's a ton of reasons, but two big ones. Firstly, we have about 40 people working at Facepunch now, and it's hard to know what everyone is working on, this fixes that problem. Secondly, over the years we've had a lot of projects run for a couple of years and then die. We need to be clear to ourselves and each other about why those projects were abandoned or we'll just keep doing it.

The other aspect is that whenever we mention that we're working on other games we get shit from the Rust community. They tell us to finish Rust first, that we stole they money and are spending it on another game. We could go into each thread and explain why this isn't the case, and try to convince people individually that they're wrong. But over the years I've found it's more helpful if you give people information to debate these people with. So the idea with that right now is that you can go to our website and see that there's about 16 people on the Rust team, and there's 3 guys on the Space Usurper team with no crossovers, maybe having these other projects isn't detrimental to Rust.

What’s your ambition for Facepunch over the next year?

Get Rust out of Early Access. Hire more self-starter game developers. Have them make games with minimal input from me. Release a game on a console.