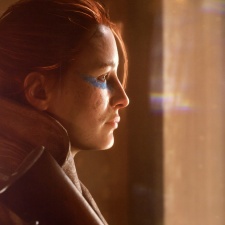 The game – from EA's DICE studio – took the top spot thanks to a 90 per cent price cut on the platform, seemingly to promote the next entry in the franchise. Battlefield 2042 is set to release in October of this year.

The shooter comes in ahead of RPG Pathfinder: Wrath of the Righteous from Russian studio Owlcat Games, which made its debut on September 2nd. The title was crowdfunded via Kickstarter at the start of 2020, bringing in more than $2 million – well over its $300,000 goal. This followed the developer going independent at the end of 2019.

Valve's Index VR headset rises one position week-on-week to No.6, while Aliens: Fireteam Elite from Cold Iron Studios falls five places from second to seventh. Pre-orders for new RPG Tales of Arise from Japanese publisher Bandai Namco charted in the No.8 spot.

No Man's Sky returns to the Top Ten thanks to its new Frontiers Update, which brings a wealth of new features to Hello Games' wildly ambitious space romp. The title was initially released in 2016 and was seen as failing to meet huge expectations; since launch, Hello has added myriad new additions that have really turned around consumer perception of the game.

Four-player co-op title Phasmophobia also makes a return to the Top Ten due to its new Exposition update.

Here is the Steam Top Ten for the week ending September 4th: