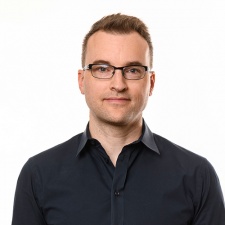 It's been over 18 months since BioWare veteran Aaryn Flynn joined cloud games tech firm Improbable to head up its new Edmonton studio.

As a first-party developer, it won't come as a surprise that the studio is making something that will show off Improbable's SpatialOS cloud tech. And given Flynn's heritage working at the studio behind Mass Effect and Dragon Age, you won't be shocked to learn that the Edmonton studio is working on a new online RPG title.

Since we last caught up with the man himself to see what the plan was for this new Canadian outfit, the team has been hard at work building both a game and a studio.

"We've been focused on prototyping and building the online RPG experience that we want. We've been doing a lot of hiring, and we now have over 100 people contributing to the project overall," Flynn says.

"A lot of them are based in Edmonton, but some of them are remote, too. It's been great working with the team in London to help understand the SpatialOS technology and make sure it's working well for the kind of experience we want."

Many of the folks working at the Edmonton studio are fellow veterans of BioWare and are bringing their expertise from the Mass Effect and Dragon Age days to this new project. But they're not just interested in making a game.

"We're building a new IP to go along with the game. So that's a lot of work," Flynn says.

"Quite a few of us worked on projects like Dragon Age and Mass Effect. We've taken some lessons from that experience and applied them to this game. Overall, it has a lot of diverse activities that are coming together to create a great experience for players."

Flynn continues: "We have a high degree of confidence in what we want to build. Now it's about moving onto making assets and figuring out the tech necessary to achieve it."

I think remote working could become part of our studio. We've learned a lot through this process

The new game is being developed with Improbable's SpatialOS tech. It will showcase just what this can do, but the studio wants to make sure it's not just a tech demo.

"The promise of SpatialOS has always been about persistence, simulation and scale," Flynn says.

"The challenge to us as developers is figuring out what we can do with those. What do they allow players to do? Role-playing, as a fundamental genre or aspect of gameplay, is a great lens to view those things with and figure out what we can do.

Since January, the coronavirus has wreaked havoc across the work. The games industry is among the areas affected, with the vast majority of events being cancelled and companies having to move to remote working. This is also true for Improbable Edmonton, with Flynn admitting that there was a bit of a learning curve to this.

"It was certainly a bit of a scramble to react to that and move to everybody working at home," Flynn admits. "But overall people are doing very well in the environment. People appreciate some of the benefits of it.

"There are other complicating factors too. Some people have their kids at home also because schools are closed, which is tough. But, overall progress continues. We remain very committed to ensuring we can get this game launched in a reasonable timeframe."

Despite the teething pains involved in the shift to remote working, Flynn says he can see the benefits to it. In fact, his studio might allow working from home as a permanent fixture.

"I can't speak for all of Improbable, but I think remote working could become part of our studio. We've learned a lot through the process," says Flynn.

"I was sceptical or hesitant to engage with working from home previously, but now I'm now quite accepting of and quite appreciative of. I've definitely changed my perspective on it, and so I would be very willing to continue to embrace that environment and those possibilities, even if we all get back to work, and are healthy and safe."

There is a particular challenge that all studios face when in the office, never mind all staff being at home due to a pandemic. Team morale is crucial to keep everyone motivated and positive. For Improbable Edmonton, the game has been a means of keeping the team united.

"We try to communicate a lot. We play our game a lot together, which is nice," Flynn explains.

"We play the game every day, and that's been a nice common framework within which to connect to each other and to talk about things as an online RPG intending to have a lot of players in it."

"We can comfortably accommodate the whole studio in our game. That's a nice safe way to engage with each other and to have quality conversations."

Over the coming year, the studio will continue to work on its project. While there is no known timeframe for when the game will come to market, Flynn and his team are dedicated to creating a great experience for their players.

"We want to continue to grow our experience, and enrich it and then continue to assess it and see what we're ready to bring this thing to market. I don't know when we're going to get it to market exactly," he says

"The goal is to create an experience worthy of putting it out there, letting players engage with it and getting their feedback. That way we can understand what they want and what they'd like to see improve."