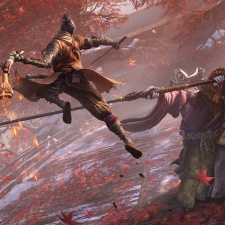 From Software's Sekiro: Shadows Die Twice has claimed the Steam Award for Game of the Year.

The Activision-published shinobi-souls hybrid was also victorious at The Game Awards 2019 - taking home the Game of the Year accolade.

Sekiro beat out competition from Resident Evil 2, Star Wars Jedi: Fallen Order, Destiny 2 and Devil May Cry 5 to be Steam's game of the year.

The Steam Awards were selected by Valve's community. There are eight categories in total.

Beat Saber by Beat Games was voted as the VR Game of the Year. The studio was acquired by Oculus parent company Facebook back in November. Other contenders included Blade and Sorcery, Gorn, Borderlands 2 VR and Five Nights At Freddy's: Help Wanted.

Up next, the Labour of Love category. This award is given to those developers who continue to look after their titles, years after they are released. Unsurprisingly, Grand Theft Auto V took home the trophy - Rockstar has continued to update and support its title, five years on from its launch.

Other games that have received continued support from its developers are Ubisoft's Rainbow Six Siege, Valve titles MOBA Dota 2 and online shooter Counter-Strike: Global Offensive, as well as Warframe by Digital Extremes.

DayZ was voted in as the Better With Friends winner, Bohemia Interactive beat out some tough competition to secure the award. Last year, the game was banned in Australia for in-game Cannabis use. However, it's classification was reinstated shortly after.

The other nominees were Ring of Elysium by TCH Scarlet, Xbox Game Studios' Age of Empires II: Definitive Edition, Dota Unerlords by Valve and Gearbox Publishing's Risk of Rain 2.

Banana-fueled shooter My Friend Pedro had a successful year in 2019, 250,000 copies were sold in its first week and as of October 2019, it is closing in on 500,000 sales. With that in mind, it is no surprise that My Friend Pedro won the Most Innovative Gameplay award.

Simulation title Planet Zoo by Frontier Developments was also nominated, as was Oxygen Not Included by Klei Entertainment, Mega Crit Games' Slay the Spire and Hempuli Oy's Baba Is You.

The next award is Best Game You Suck At, as expected, the fighting genre claimed victory with Mortal Kombat 11.

Finally, the last award - Outstanding Visual Style - was given to Devolver Digital's Gris. In November 2019, the publisher accused The Fabulous App of copying animations from its game.

Other games recognised for their beauty are Total War: Three Kingdoms by Sega, Astroneer by System Era Softworks, Devolver Digital's Katana Zero and Subnautica: Below Zero by Unknown Worlds Entertainment.