"We're really passionate about getting young girls into games": What Girls' Game Lab hopes to achieve 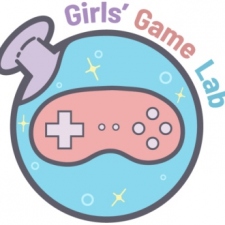 The recently announced Girls’ Game Lab is designed to break down stereotypes and encourage a new generation of girls to follow their passion for games.

Three women are behind this new initiative are MCV’s Women in Games 2019 mentor award winner Caoimhe Roddy, PlayStation producer Rachael Gregg-Smythe and Lucy Smith, who is set to start work for Sumo digital later this year.

Girls' Game Lab will be hosting workshops across the UK, with industry professionals aiding them. The first workshop is set to take place in Leamington Spa at the office of Forza Horizon studio Playground Games on August 3rd.

The first event is aimed at girls aged eight-to-12 and will focus on the Stencyl development tool.

Speaking to PCGamesInsider.biz, Caoime Roddy discusses the new initiative and what it hopes to achieve.

PCGamesInsider.biz: What made you decide to create your own organisation?

Caoimhe Roddy: We're really passionate about getting young girls into games. We found that pretty much every woman working in games has heard the old "games are for boys" tale. We're hoping to break down stereotypes and not only show that games are for girls too, but that when girls are involved, games become more interesting.

We've been running workshops like this for a while now, and we were all involved in running the very first one in August 2018. When we saw the interest in these workshops, and I mean the waitlists would always suggest we could double the number of girls coming in, it was just clear there's a demand for this sort of thing.

We're keen to keep up with this demand and starting our own organisation to give us a platform to let these girls explore their interest seemed the best way to go.

With Girls' Game Lab, we're hoping to show girls that the games industry exists on their doorstep.

Why do you think many young girls do not consider a career in the games industry?

I think the first barrier is realising games are made by real people. People that also started tinkering with computers or loved creating from a pretty young age. Once you get over that barrier, I suppose you start to look for someone like you doing it.

People need role models and if women working in the games industry are hard to find, then how do young girls know it's possible for them to work in games too?

With Girls' Game Lab, we're hoping to show girls that the games industry exists on their doorstep. That their role models could also be their neighbours and we hope to show that local studios want to see them making games with them someday.

Any plans to take Girls’ Game Lab to other countries?

Nothing concrete yet, but a lot of people around the world have been asking to get involved. If we can gather the resources, we'd love to expand!

With the first workshop being aimed at girls aged eight to 12, are there any plans for workshops for other age groups?

We hope so! We're volunteers all working in the games industry, so around our work we have to squeeze in developing workshops in our own time.

However, it would be great to offer some workshops for girls who are approaching College-age to boost up their applications for courses and show their interest with some portfolios early on.

What challenges are you facing with Girls’ Game Lab?

At the moment it's finding people who want to be event leaders or organisers. Loads of people have messaged asking if they can host, or sponsor or volunteer with us. We're only three people and at this rate we'll be travelling up and down the country on a weekly basis to lead workshops.

Knowing people who would be happy to take control and teach a workshop in their local area would really take the pressure off us! People who would like some teaching or leadership experience should definitely get in touch with us.

The first workshop will be demonstrating the Stencyl development tool. Will other workshops feature different software?

As we've said, we'd love to work with some older girls in more advanced engines. We've all had experience in using Unity and Unreal Engine. With some support from Unity Technologies or Epic Games I think we could develop a really cool beginner workshop for some teenage girls.

Why do you feel it is important to encourage more girls do consider a career in games?

Personally, I was very close to not doing a course in games myself. I kept going back and forth on if it was a career I should do because I didn't have any friends who were interested and knew very little about the games industry.

I'm quite lucky I had a family who saw my passion and encouraged it. I'm sure I'm not the only one that's been that way at 16 years old.

The girls we teach are second-guessing themselves and their abilities all the time and the games industry will have missed out on plenty of women who could have spearheaded innovative design or developed amazing IPs if they were encouraged properly.

Seeing women my age in the industry at the moment such as Katie Nelson from Blueprint Games making Billie Bust Up, Hannah Rose Burdett making Bee Kind has shown me the interesting designs women can come up with.

These are only a couple of girls making independent things but seeing amazing leaders such as Siobhan Reddy leading the way with Dreams and Rhianna Pratchett writing some incredible stories for Lost Words and Tomb Raider.

The games industry can no longer afford to miss out on this talent or we'll be falling into an abyss of the same shooter mechanics over and over again.

What more can be done to encourage more women to start a career in the games industry?

As I've pointed out, the women making new kinds of games at the moment are stretching the boundaries of what games can be. Women make up 50 per cent of players right now and are mainly interested in mobile.

We want to show creative or technical women that they can be making the games they love. We hope Girls' Game Lab can offer some help in getting more women interested in games.

I've even had some mums login to the computers beside their daughters and start following along with the workshop. It's all about exposure. Show women the games industry exists and that they're welcome to come join in.

What has your pitch been to companies like Playground, Rebellion and Sumo to get them on board?

A lot of the time it's the passionate individuals within these companies fighting for some representation. Individual employees have spent the last year working with me and asking their workplaces to get involved.

It's these individuals that are pushing the industry forward and taking these companies to new heights when it comes to supporting diversity in games.

Are you still looking to collaborate with other studios? What is your pitch to them?

Yes! Playground Games has been an exciting platform for us to start from and we'd like to ask more companies to show their interest in diversity. If you're an individual working in a studio that you think can help, get an introduction going.

We tend to find ourselves talking with people working in HR, marketing or operations departments. Show whoever you think is relevant in your studio our work - we've got a wonderful promotional video of the work we do that should soften their hearts and get the ball rolling!

We want to give these girls some confidence.

We want to give these girls some confidence. For the moment we've got single afternoon workshops going which are received really well. The girls make a platformer in a single afternoon.

As our resources expand, we really hope we'll be able to offer summer schools for children and teenagers. The big dream, of course, is to someday get an email from a girl who took part in one of our workshops to let us know they just got their first job in games.

Boys Club No More: Rethinking Leadership, Culture, And Development In The Games Industry