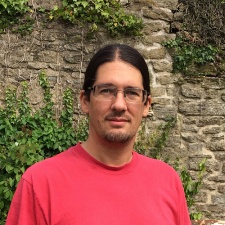 Earlier today, indie developer Jake Birkett of Grey Alien Games published some research he has conducted into how the Week One revenue of indie titles compares with that generated across a game's first year. He has kindly allowed us to republish this piece

Recently I asked a bunch of devs how their Week One (gross) revenue on Steam compared to their Year One revenue (including Week One). I wanted to know because we had just launched Shadowhand on Steam and I was interested to see if the first week could in any way be a decent predictor of longer-term sales.

I got about 30 data points and you can see the resulting graph below.

The results are interesting in several ways. One obvious one is that most of the results fall in the two-times to 10-times range and aren’t something like 50-times or 100-times. However, one dev who runs a large studio did have an outlier title that had a very large ratio, but I excluded it because it’s really not typical of your “average” indie game.

OK, sure the range isn’t that tight because if your game did two-times Week One you might go bust and if it did 10-times maybe you’d end up buying a Tesla, depending on the scale of your Week One revenue. But I still think it’s interesting and can be useful. Let’s consider some more things…

This is not a political statement, but more like a sensible approach to predicting the future based on past performance.

Basically, it might be more sensible to assume something like a more conservative three-times ratio and plan your cash flow based on that.

That’s what I’ve done for 2018 after I saw the first week of sales for Shadowhand. At three-times, my year will be a bit tricky cash flow-wise, and at five-times it’ll be “OK”. Any more and I’ll be very happy. So, for me, based on a three-to-five-times range it was clear that I need to get on and earn some more money pronto!

What about the Steam “flood”?

“But what if some of your data points are old and some are new? Surely that makes a difference in today’s crowded market?”

No. I checked, in a cursory way, and the release date of the game didn’t seem to make any difference.

What about big games vs small games

Again, I could not detect an obvious correlation between game size/fame and ratio. Though I haven’t spent very long on this, so take it with a pinch of salt.

What factors can affect the ratio?

My own game, Regency Solitaire, had a 10-times ratio. It has not made millions of dollars, but it does have a good Steam review score (97 per cent positive). So it’s possible that is a factor.

Another of my games, Spooky Bonus, has a 98 per cent positive score and a 6.3-times ratio. So I can’t draw a firm conclusion from that, but it seems logical that “good” games have a better tail as people talk about them more, and maybe the Steam algorithms surface them more to potential customers, plus of course a good review score may sway a “floating purchaser”.

If your game had a poor launch with little marketing support but gained traction later in the year (with press/streamers), or you heavily discounted it later in the year, that could obviously affect the ratio too.

Updates/DLC, localisation, community, being in a bundle, more marketing etc. All of those things could affect the ratio and I’m sure you can think of more.

Ideally, if you get everything right (and there’s a lot to get right), you’d hope to have a good launch and also go above the average five-times ratio.

Can I use this chart to predict Year One revenue?

No. Obviously, the above chart is useless until you know your Week One sales, and predicting those is a black art because they can have huge variability in range.

But once you know your Week One sales, you will have a better idea of if you need to rush out and find some contract work, or if you can chill a bit and make more another game. Some sensible people have a plan B, such as contract work, lined up for post-launch anyway.

However, let’s have a little bit of fun with some extrapolation…

Recently Mike Rose gave a talk about realistic PC sales figures in which he stated that the average “good” game on Steam will make $10,000 in its first month if priced around $10. Now we don’t know his criteria for “good” but let’s run with his numbers:

That’s for an average “good” game. Doesn’t sound like a lot does it? Now go and read You are spending too long making your game for further thoughts on how to make more profitable games.

This article is not advice, it’s just some personal musing that may or may not apply to you. So take it or leave it, and please feel free to correct me or expand upon my points in the comments. Thanks.

How did your game do?

Let me know your gross Steam revenue Week One versus Year One gross ratio in the comments. Probably best not to share actual $ values as that is no doubt disallowed in your Valve contract.

Also if you feel like it, please share your Month One versus Week One because that could end up giving a tighter range.