PCGamesInsider.biz Games of 2017 - The titles that defined the last year in the PC games market 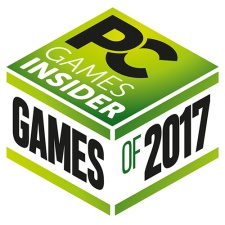 2017 has been a rollercoaster year for the PC games market

This is the year where we saw old norms trampled upon and the book rewritten on what was possible in the PC games space.

Games that went on to take over the world and popularise seemingly niche genres came from nowhere, while the rules of what indie and triple-A developers could achieve were redefined.

We saw the games community, and then the mainstream media, push back against arguably exploitative business practices, while the games publishers themselves started to realise they need to deal with the cesspit of toxicity that has come to characterise the online games community.

We're going to be adding new entries to this list over the next few days - if there's something you feel we are missing, then email [email protected] to let me know.

And if we don't speak before the Christmas break, have a great break and a Happy New Year!