Editorial: The triple-A games market is eating itself alive 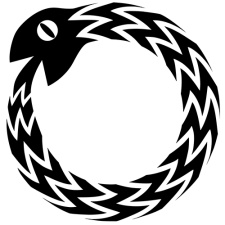 Update: EA has said that Visceral's closure had nothing to do with the shift away from single player games. In spite of this fact, this editorial stands due to the amount of risk inherent in the triple-A games market today.

Original piece: The news that EA was closing Visceral Games is a sad sign of the times.

The team had been hard at work on a Star Wars action-adventure title with Naughty Dog vet Amy Hennig at the helm, but has been moved off the project and closed as the publishing giant opted to change the game based on ‘shifts in the marketplace’.

It doesn’t take much to see what this means; this game is now likely going to be a service.

It’s a miracle that Visceral made it this far, considering the number of awful hands it was dealt by its owner and the market at large.

Having created one of the most original and most-loved horror franchises in recent memory in Dead Space, the team was compelled by publisher EA into making ‘bigger and better’ experiences. Dead Space 2 and 3 had multiplayer, they had microtransactions in the game itself. Overall, they became the same homogenous and focus-tested sort of projects as half the other games in the industry, and thus didn’t sell well.

The problem was that EA smelled a hit, and wanted it to sell gangbusters. It pumped more money into a project that simply would not sell at a level that would return its investment. Level designer Zach Wilson said Dead Space 2 cost $60m, sold just 4m units and still 'underperformed'. The fact of the matter is that had EA sunk a modest amount of money into making more Dead Space games and left the team to it, it’s arguable that we would have a series of innovative horror games that were profitable.

Now, Visceral has been booted off its Star Wars project and closed so that EA can seemingly turn the game into a service, and thus make more money. In this brave new world, narrative-focused developers like Visceral have no place in triple-A, it would seem.

Games as a service, microtransactions, loot boxes… the list of new buzz words - and ways to make extra money - goes on. It's not just EA, either; this is a trend across the triple-A scene.

The fact is that games have never been more expensive to make. Recently Epic Games boss Tim Sweeney said that Gears of War cost $12m to develop; by contrast, its recent release Fortnite has set the team back more than $100m. Ambitious projects like The Witcher 3: Wild Hunt required $81m, while Grand Theft Auto V apparently had a budget of more than $265m.

The issue here is that games have also never been cheaper. In the UK at least, a triple-A product tends to have an RRP of £50. This is roughly the same price as games ten years ago and 20 years ago. So in order to secure a return on investment, the argument is that publishers have to add in extra content in order to get more money and return their budget. While budgets have increased by ten times, face value has remained exactly the same.

The data shows that people are happy to spend money in-game. Companies like Take-Two are raking in money through Grand Theft Auto Online, a service that continually exceeds the company’s own rather high expectations. The desire to make money is understandable; most of the big publishers are public companies that have shareholders to answer to. But I think that the triple-A market is reacting to market trends the wrong way.

Companies sinking more and more money into experiences is a risky strategy. They are effectively selling a game at a loss, with the hope that consumers might spend extra money over time. If the project doesn’t take off with players, game over.

But there is another way. Instead of inflating budgets, companies would be wise to reduce their risk. Rather than giving one team a budget of $40m, give ten teams a budget of $4m.

Recently, Ninja Theory’s Hellblade showed what was possible with a ‘low’ sub-$10m budget, a 12-person team and a small scope. The title was fantastic, reportedly selling pretty well for the Cambridge-based developer. Back in 2014, the studio even said that it only needed 300,000 units for it to be profitable. Ubisoft, too, has employed this strategy, releasing projects such as Child of Light, Valiant Hearts, Grow Home, Grow Up, and recently Atomega.

Hell, a lot of this year’s hits have been games with modest budgets. Nier Automata and Persona 5, to pick just two examples, have both been profitable and reportedly had decent budgets.

But as well as big companies investing lower amounts into games, there is a real opportunity for the indie games scene right now. While some triple-A firms are seemingly moving towards behemoth ‘games as a service’ strategies, and thus distancing themselves from the single player experiences that many of us were raised on, indie or mid-tier games companies can capitalise on this gap in the market.

This sector has already proven itself as insanely creative, providing experiences you simply can’t get anywhere else.

Ultimately, I worry that the more consumers are compelled to spend money beyond the RRP, the more frustrated some might become with it. A lack of consumer trust famously killed the industry back in 1983 and I fear it could damage it again now.

It's not just consumer trust, either. The games industry has worked tirelessly to be recognised as a culture; places like the UK have secured tax relief on this basis. Now that country's Government is being asked questions over loot boxes being gambling, all this hard work could fall apart as games are once again seen as a social pariah. News like Activision patenting systems that - on the surface - appear to manipulate consumers into parting with their hard-earned cash, don't help matters either.

The fact is that while games as a service projects do make sound business sense, one day the servers will be turned off and there will be no legacy.

Single player experiences last and there is a market for them, if companies are prepared to make the right investment.