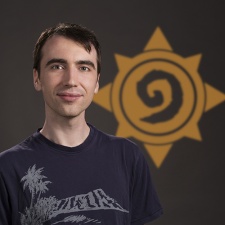 It's been almost four years since Blizzard's card game blockbuster Hearthstone rolled out into the wild.

During that time, the game has picked up more than 70m players, with in the region of 1,300 cards in circulation and a continuing line-up of expansions and new adventures.

The most recent addition, Kobolds and Catacombs, is pencilled in for release on December 7th and 8th, and closes off what has been a rather busy year for the development team, with August's Knight of the Frozen Throne being its most successful expansion yet.

"It's amazing that we have so many people playing Hearthstone. The last year has been fantastic. Knights of the Frozen Throne has been our best performing expansion ever, by engagement and the amount of people playing. Journey to Un'Goro was great - the metagame was one of the best we have ever had, Knights of the Frozen Throne had a fantastic meta.

"The stories we have been able to tell in Un'Goro, and by introducing mission content in Knights of the Frozen Throne was awesome."

Kobolds and Catacombs makes some changes to some norms around Hearthstone single player experiences. To start with, these came in 'wings', with users playing through a succession of battles with characters. With the brand new adventure, the Hearthstone team has created a roguelike-esque mode called Dungeon Run.

"We had a couple of goals here," Whalen says.

"One was to have something that was very replayable. Our mission content has been this linear way to tell a story and there's little reason to replay it. There's Heroic mode, but what happens when you finish that? There's a couple of single player encounters that people have gone back to as time as gone on, maybe to try out a new deck or because they're fun and interesting but we wanted to create something that's very fun to play again.

"This is basically a new game mode that you can play in Hearthstone. That's where this came from. As we sat down and said we were making a treasure and dungeon-themed card set, we thought about what makes sense for single player mode - this idea of a roguelike-type dungeon crawler. You go in, when you die you're out and as you play through it, you're going to build up your deck from something that's weak to something that's incredibly powerful. That's very much the fantasy you get when you play a role-playing game, something like World of Warcraft. You start out bad and end up amazing. You get to do that over and over again as you play these different characters. That's something we really wanted to capture."

Adding in new content presents a number of challenges to developers, especially in a competitive game. The goal is to make the title feel new again, change the metagame while also not breaking the game and alienating long-time players. So how does Blizzard go about building its new sets?

"The first half is initial design, where we decide where the set is going to be set, then we attempt to capture what that means in terms of cards. We'll add in stuff that hasn't been done before, we're going to have artefacts that level up in player's hand, which turn into the Spell Stones. We'll have legendary weapons, as they are the treasures that you're going to have. Then we design around 150 cards that we hand off to final design, so we try and get themes and classes - what Paladin and so on are going to feel like in this set. We've seen some cards that capture of this is the class in a dungeon setting. Those are the essence of what these classes are, and we find the mechanics that represent that and send it to final design.

"Then, final design, their goal is to make it clear, to make it fun and fair. They take these class themes and figure out which things work, what decks you can make - not necessarily the most powerful one but predictions for the top 20 or 30 decks that could come out and whether they're fun to play, whether they'll create a fair environment and how it'll be in the world. We end up releasing it and people end up finding loads of things we could not. Hearthstone is a very deep game, there's a lot of stuff going on and our players experiment and try to figure out all the different things they can do as well."

That Blizzard has been constantly rolling out new cards and expansions since launch has been good for keeping its community of 70m users engaged, but it does present something of a problem.

For players just entering the fray, it's a very complex and intimidating prospect. The team has attempted to make things easier with the introduced of Standard, where cards are limited to expansions released in the last or so, and the more 'anything goes' Wild mode - but Whalen says that there is still work to be done with Hearthstone's onboarding process.

"Hearthstone has been out for almost four years. There are 1,300-plus cards right now - that's a lot," he says.

"So we're in the high point of the standard cycle now where the most cards are in the metagame. As soon as Kobolds launches, that's as many as we get. It is daunting and is something we talk about. This past year we've introduced quests, hero cards that are new kinds of cards and are talking a lot about how often we should do this. Was two expansions this year too many, was it the right amount? We're always going to release new mechanics and new things to do with the cards but how many different keywords should we have? We had Adapt, we had the Recruit mechanic... How many of those are right - should each expansion have one, should it not? That's constantly something that we're evaluating.

"The new player experience, in particular, is something we're taking a hard look at lately - what is the best way for players to get on-boarded? Right now there's the tutorial experience that you play as the Innkeeper, then you go into Ranked or Casual. Is that right, or should there be more of an onboarding process for new players? That's something we're very much looking at."

One major issue within games development right now is toxicity in the community. Blizzard's own Jeff Kaplan of the Overwatch team has been very open about how taxing it can be dealing with that game's fanbase.

When asked about his own experience in this regard, Whalen says that the Hearthstone team does face similar issues, but that he sees this as 'passion' coming out the wrong way.

"In the game, there are a lot of preventions against toxic behaviour, " he explains.

"Our community is incredibly passionate. The Blizzard community as a whole is very passionate. This is a game that they love and so sometimes that comes out in more negative ways. The positive stuff is great. It's awesome to see our community, pro players and streamers - as a whole they're a very positive group. That drives a lot of the positivity in our community. At the same time, people do get really passionate and when thing don't go exactly the way they want, there's negativity. As a developer, personally sometimes it's tough, that you see people saying really negative things on a personal level and about the game you care deeply about. I like to think that comes from a place of love - these people really enjoy the game. They care deeply about it. I wish they would express themselves in ways that were more positive and constructive. As a whole, our community could be better about that. We could do a better job of realising that we are all part of a community that loves this game and being a positive part of that. At the same time, that comes from a deep love for the game."

Looking to the future, Whalen says that this is going to be Hearthstone's biggest year yet and now he wants to really explore what can be done with regards to storytelling and new cards.

"It's going to be the best year Hearthstone has ever had. There are all sorts of awesome stuff we're going to try," he says.

"On the design side, I'm really excited by exploring all the different spaces that Hearthstone could go into. We have done a lot of cool stuff this year that's been new card types, some of the craziest sets we have ever done. I'm hoping to build on that and figure out what some of the mechanical things we can explore. One of the things I'd really like to work on in the next year is having sets have mechanical identities that really reflect what their vibe is. With Knights of the Frozen Throne, we really had that sense that you're being corrupted, that Death Knights are these evil versions of yourself. I want to play that up more in the expansions that follow, to say 'this is the set that's about giant dinosaurs', so the mechanics in the metagame revolve around that are about giant dinosaurs. That's something we can play up more."