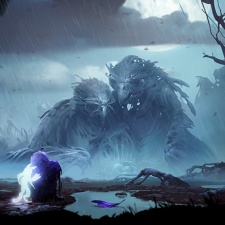 The developer behind Metroid fan remake AM2R (Another Metroid 2 Remake) Milton Guasti has been hired by Ori and the Blind Forest maker Moon Studios.

Guasti announced the news via Twitter (below), saying that he will be working on level design for a sequel for the Metroidvania hit called The Will of the Wisps.

He was previously working on the Metroid 2 fan project, but this came to an end when Nintendo issued a cease and desist letter to kill the project. At the time, this looked like the Japanese giant trying being overly protective of its IP but at E3 this year it revealed its own Metroid 2 remake being made by MercurySteam.

At the time, this looked like the Japanese giant trying being overly protective of its IP but at E3 this year it revealed its own Metroid 2 remake being made by MercurySteam.

Ori and the Blind Forest launched in 2015 with its sequel The Will of the Wisps being announced on Microsoft's stage at E3 2017. The title has not got a release date just yet.

It's a special day for another reason. I'm now part of Moon Studios, I'll be working on level design for Ori and the Will of the Wisps.