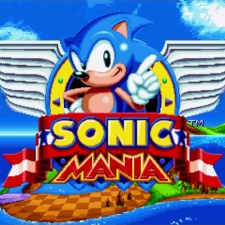 Sonic Mania has finally launched on PC and Steam users aren’t happy with the title including DRM – a fact that was not initially disclosed on the game’s homepage.

Users have been review-bombing the title, giving some pretty scathing feedback, largely due to the fact said DRM seems to require an internet connection to play.

Sega has responded to the criticism with the following message, saying that the company was looking into allowing the game to be played offline.

“Like you, we've noticed an error in the Steam store not mentioning the DRM for Sonic Mania,” the firm said in a post on Steam.

“Sonic Mania is intended to be played offline and we're investigating reports on that.

“We're also investigating other issues like controller support, these are all PC specific things that Christian and the team have been working on these last few weeks

“Please bare with us while we collate and investigate problems that are being brought to our attention.

Given that Denuvo anti-tampering tech is meant to protect sales during a game's launch period, we wouldn't be surprised to see Sega ditch the software in the next month or so – maybe even sooner going on the publisher's response.

And as if this drama was not enough, one of the developers, Simon ‘Stealth’ Thomley aka Headcannon posted a now-deleted message (below) in which he put the boot into Sega for laying the blame for this DRM at the development team's feet.

Sonic Mania was originally set for a August 15th release date but was bumped two weeks to August 29th.

PCGamesInsider.biz spoke to Denuvo a few months ago to address some of the negative PR surrounding the firm.

PCGamesInsider.biz Games of 2017 – Sonic Mania: The One that Showed Sometimes Listening to The Fans Pays Off