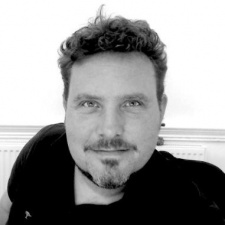 This morning during the inaugural PGC Digital, Dead Five Founder Chris Kempt hosted a presentation on 'the golden rules of game development'.

During this talk, Kempt sped through a copious amount of useful tips and tricks that can be employed to up your development game. Or game development. Either or.

Kempt's first point was to have fun. If teams are not having fun (in moderation) then they're not going to be working at full capacity.

"It's easier to create something fun if you have fun while you make it," Kempt said. "Demoralised teams generally just make bad games."

And while fun is an important component, Kempt also stressed that too much fun can also be a negative.

"If you slip into regular party things without meaning, at best it becomes part of the job, and at worst it becomes a commitment, therefore not fun anymore."

He also added that fun will contribute largely to a positive work environment where everyone feels good about what they're doing.

"When doubt starts to creep it can become toxic to the team. If you don't believe in your project you're undermining chances of success," Kempt added.

Kempt believes that creativity is more about what someone can do rather than the tools that they use.

"The focus has to be on the skills and people that create," he said. "A good craftsman can make art with anything."

He also added that it's healthy to not just focus in on one particular tool or service, so detaching from obsessions with certain tools is key.

A good team is made up of people with different skillsets, according to Kempt. He believes that a broad understanding of everyone else's role mixed with a deeper knowledge of one particular area makes a team tick.

"It's important to have mixed people with a broad knowledge, but deep specialism," he said.

"Don't expect everyone to be an expert on every single thing, but have a basic understanding of what each staff member is doing and specialises in."

Kempt highlighted that underpromising results is positive for a few reasons. One large factor is that not setting ridiculous standards leaves room for error, and more importantly, prevents burnout. He also stated that setting a lower standard means of letting third parties down, and there's always room to give more.

"Setting expectations and having spare capacity means building strong relationships because you're not disappointing them," he said.

And of course, lower targets and deliverables leaves room in case things go wrong, which it often does in game development.

"It takes twice as much time to unfuck something once it's fucked, than to not fuck it in the first place."