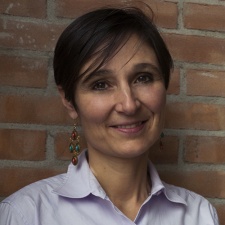 Back in 1994, a games developer was set up in Milan. Initially called Grafitti, this studio was renamed Milestone in 1996 and went on to become one of the premier racing games studios in Europe, if not the world.

Until 2012, just 60 people worked at the outfit; now Milestone is independent, has some 200 members of staff, and has started working on its own IP as well as licensed properties. In 2012, the company was generating €2.6m in revenue; in 2016, this figure has grown to a cool €28m, with the studio predicting revenue of €50m in the next year.

We caught up with the studio’s senior vice president, Luisa Bixio, to find out about the Italian studio’s business.

The last few years have been pretty busy for Milestone; you’ve moved to some new and much bigger offices, and also changed engine from a custom creation to an Unreal Engine hybrid. How have you found the last year or so?

It's been a very good year. Honestly, 2016 and 2017 have been difficult to us because we've had the engine transition. That has been very tough for the team. Many people in the studio work with our engine, then all the 150 people had to learn to work in a different engine and everything changed. On one side, it has been very difficult. But on the other, we're very happy because even in these difficulties, we have been able to release MX and MotoGP and have the company grow this year. It's a demonstration that our people are ready to figure out what to do and at the end we succeeded. We just released MX and MotoGP but we are working hard on our games for 2018.

Few games companies make it through two decades, yet Milestone turned 20 last year. Why do you think the studio has lasted this long?

Milestone lasted because it has changed a lot. The model was fantastic in 1996; today it is very difficult doing work for hire. The change in the organisation, the flow of production, the change in management created another company from the previous one. There was the passion, the talented people were constant. The company changed. That's what's happened to Milestone and what's helped the growth of the company.

How would you assess the racing market right now?

It's clear that new IP is very good and for this reason we are investing game design and fresh ideas. What's been positive for us is that on a licensed game like MotoGP, it has had great sales each year. Every year we try to put something different in the game. This year is the first time the game has been done in Unreal. We are trying to bring new content with the official championship. The game is interesting each year. For MXGP, it's more or less the same. We didn't see an increase in sales, but licenses are stable or growing year-after-year. We are trying to deliver a better title each year and this is profitable for the company even on an IP like Ride. What was positive for me with Ride was there was not a similar title in the market, so it was unique and that was very positive. Gravel is an arcade simulation game. I hope we can find space in the market there. The point is that we'll work on a three-year plan and find the right balance between licensed and original IP where you can put some more creativity.

Milestone has created three new IP in as many years; Ride launched in 2015, Sebastien Loeb Rally Evo was released in 2016, and there’s Gravel pencilled in for next year. Creating new franchises is bold and pretty risky. Why do this?

Ride has a really good community of people who are waiting. A new Ride, with a new engine, could be very interesting for lots of people. Every time you launch a new IP it's a risk. We believe in Ride because we think there's a space for an off-road arcade game. There is nothing else there at the moment. We're not EA so we can't spend $20m in marketing but we have been faster, we will try and do the best assets we can and we will try to achieve big results, to create a community step by step.

The studio works on both licensed franchises and its own; Ride is Milestone’s own motorcycle racing title, while MotoGP is officially licensed. How does the company balance working on these?

It's not a problem; they have different teams. Licensed products have been very good for us from the start. With MotoGP or WRC we had the chance to grow up. There was no money for marketing. Having a licensed title was helpful. When you have a new IP, on the one hand, you can put some heart into it, but it's much harder. It's a balance. It's a way that we can work on more products. Can you imagine if you had to work on five IP? This way we balance. Even after four years of MotoGP, we improve it every year. We know their rules and everything so well it becomes quite simple.

What are your ambitions for the coming year?

Our goals are to increase our US presence. Until now, the biggest market for us has been Europe. Next year, Europe and the US will be at the same level. So we will grow a lot in North America next year. Japan and China are also big for us, too. They're eight per cent of our sales. But in Europe, France is our biggest market - racing is very popular there. And also hit our $50m target and release some great games; get a good Metacritic and that people like it.

This interview with Milestone was part of a press trip organised by Italian games trade body AESVI. During our time in Milan, we also spoke to Mario and Rabbids maker Ubisoft Milan, VR and AR specialists Forge Reply and indie outfit Ovosonico.