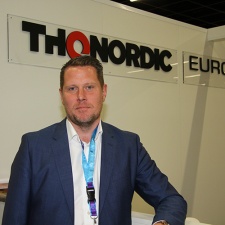 European publishing giant THQ Nordic has added two developers to its portfolio in addition to an investment outfit.

Milan-based racing studio Milestone has been purchased for €44.9m ($50.1m) in cash, with the company potentially receiving another €37.6m ($42m) if it hits its maximum earn-out goal. Meanwhile, Lars Wingefors' (pictured) firm has also snapped up Darksiders maker Gunfire Games, though no figure has been placed on that deal. THQ Nordic already worked with the studio on Darksiders III, which launched in November 2018.

Finally, THQ Nordic has acquired investment firm Goodbye Kansas Game for kr42.2m ($4.4m) through its THQ Nordic Lager 1 subsidiary. The Sweden-based outfit has a number of start-up studios in its portfolio, in addition to the royalties for the forthcoming Biomutant - likely a factor in Wingefors' firm jumping to acquire the investment venture.

That's not all that THQ Nordic had to announce. The publisher reported its financials for the three months ending June 2019, revealing that Volition is working on a new entry in the Saints Row franchise.

That's on top of the fact that yet another studio is working on Dead Island 2 as Deep Silver's Dambuster Studios takes over from Sheffield-based Sumo Digital. That company was handed development duties for the undead title - which was revealed at E3 2014! - from Yager Development in March 2016.

Meanwhile, one of the folks behind the TimeSplitters series, Steve Ellis, has been hired by Deep Silver to work on the property, which it acquired in 2018.