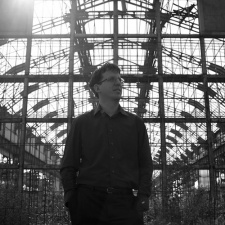 There's an opportunity for Milan and Italy as a whole to establish themselves as some of the best places in Europe to make games thanks to Brexit.

That's according to Filippo Del Corno, council member for culture of the Mayor of Milan, who when asked whether the impact of Brexit on the UK may potentially offer an opening for Milan and Italy to establish themselves as premier European games development destinations, said that there is an opportunity.

Despite the benefits that might come from this, however, Del Corno says he is not happy overall about Brexit and what it means for Europe as a whole.

"Brexit could be a wonderful opportunity, but to be honest I don't think it's a good thing for anyone. I would be much more happy with the UK being in Europe and it's impossible to consider the UK as being part of Europe, because from a cultural and historical perspective, it is. So of course, Brexit can be an opportunity from an economic point of view but I don't feel very positive about it. I was very sad when I read about the election results. The history of Europe would be very different had the UK not done what it had done especially during the Second World War. We are in a very bad moment right now with the new fascist movements we have in Italy and Germany. The UK was the country which decided to make us free from fascism during World War Two.