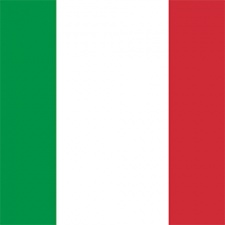 The Italian games market made a cool $1.8bn last year.

Getting an idea of what the country's PC market is like is tough. The research shows that $360.7m was spent on digital downloads for console and PC, but it's unclear just how much of that is PC. The same applies to the hardware stats, with accessories across the board bringing in $115.3m. That's an increase of ten per cent year-on-year.

Meanwhile, the report says that 46 per cent of Italy's consumers play PC, with 4.3 hours per week spent playing.

Mobile unsurprisingly was the most played type of device, with 52 per cent of the population gravitating towards smart devices.

" The results for 2017 are very satisfactory. The market is in perfect health and in continuous evolution and above all it is the mirror of a solid industry with great prospects for development," AESVI president Paolo Chisari said.

"Our audience is becoming ever wider because videogames are the ultimate entertainment of our time and because it is increasingly used in the family as a moment of sharing between parents and children."

Italy is in a growth state at the moment; video game tax relief is currently in the works for the region. Successes such as that of Nintendo Switch game Mario and Rabbids: Kingdom Battle have certainly helped, in that regard.