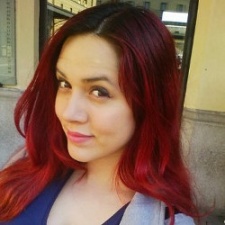 At Gamescom last year, Italian developer Storm in a Teacup announced its next big project, Close to the Sun. This horror game certainly drew a lot of attention for the Rome-based studio. We caught up with PR and marketing manager Eleonora Lucheroni to find out more.

So, what was the idea behind Close to the Sun?

Our boss Carlo is a big fan of horror games and movies, we caught up and were all throwing ideas around. We basically came up with the idea. He's a fan of Nikola Tesla. so we thought we'd give a new perspective. We'd have this dystopian, Victorian age, and it would be a lot of fun.

We wanted to do something more unique. We wanted to get away from the classical haunted house, haunted mansion and stuff like that. We had the chance to create a big environment, but one that's also in the middle of nowhere. You can't escape. You always need to find some excuse to justify why you can't go to other environments - here it's because you're surrounded by ocean. There is no way to escape.

We thought this was an interesting idea that was worth exploring further. It's an era that used to be more interesting.

When you think of Tesla you think of electricity, you think of science, and we wanted to get into that. We wanted to explore the human mind, which most of the time is scarier than anything. We wanted to go into fringe science and what the human mind can reach if it is set in a specific environment with no specific limits. It's what our Tesla is creating here - an environment where all the biggest minds from the world are gathered and they are free. There's no restriction, not even morale ones, and that's a problem.

The game has a similar art deco theme to BioShock, while the notion of a dystopian city filled with talented, but uninhibited, people is rather similar to Irrational's title.

We love BioShock, but we never talked about BioShock creating and building this. Of course, we are fans of it. Rose is called Rose because of Rosaline, one of our scientists, but we were thinking about Titanic. This steampunk theme can be reminiscent of BioShock, but it's something we want to bring out on our own. There are tonnes of stories with this kind of archetypes, so it's easy to maybe be mistaken for one of them. We want to have our own identity to our own game. It's not just about the science. That's the lore, not the main focus.

The game was revealed at Gamescom 2017. From your end, what's the reception been like?

It was really nice, we had tonnes of views on our video and loads of people were saying it looks like BioShock, but other people were saying we didn't show much of the game and that people should give us time. We showed we can deliver a strong image of our game. We got covered by IGN and we were of course thrilled and so happy about it. We met tonnes of publishers and journalists. We were surprised and satisfied about how people became interested in our game and said they wanted to see more of it. That's what we want to do. By now, we want to keep things quiet because we want to reach the right quality point so we can share with people what we are working on. Gamescom was just a glimpse, the first announcement. Now we are hard at work on delivering a game that'll be satisfying on quality and everything. We'll keep things quiet because we believe that we are able to show something cool at the right time.

What's your ambition for the title?