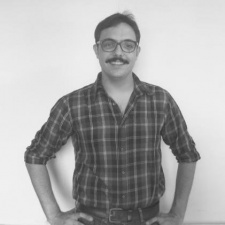 The Ride IP from Milan-based studio Milestone is unique in a few different ways.

For one, it's not particularly designed for gamers. That's because it's more of a hardcore simulation aimed at bike lovers more than the folks playing Fortnite or Call of Duty. This comes with a variety of challenges, but senior game designer Luca Cafasso - who has since left the company - says that the IP is bringing more non-gamers into the fold.

"Ride is getting a lot of bike lovers into games - they're not used to playing video games," he says.

"We make sure that the systems have a clear learning curve that gets these new users into the game so they can get to grips with playing a video game. My dad is a non-gamer, but he plays Ride which is really helpful. He went through the rewind system which lets you retry a turn when you make a mistake, then we put the idea of trajectory in with different levels of physics. You can start to at least do one lap without struggling. But if you get into the game, you understand the philosophy, you will aim to perform at your best."

The other unique thing about Ride - and Milestone in general - is that they tend to be developing both an officially licensed version of a sport, generally via the league such as MOGP, as well as working on a non-official edition. Ride is the latter, providing the studio with more creative freedom.

"The balance is that when we are working with an official license, we need to protect that IP and to find the best way to express it," Cafasso explains.

"For example, MotoGP is a sport so we are taking that in more of a pro-gaming direction and making it more competitive. For Ride, it's more about collecting and the love of bikes. For certain players, it's not important to be the best in the world, it's to have all the bikes, try them all, experience them, compare them, customise them. The balance is for Ride we keep our simcade philosophy, while for MotoGP we do more with the competitive side of things."

With a non-official IP like Ride, Milestone has a greater degree of creative freedom.

"It's not crazy freedom," Cafasso explains. "Because we're still targeting the bike lovers that means we have to make sure that it is realistic. Some of our customers have one of the bikes from the game in their garage in real life. Our job and our passion is to make sure they have the same satisfaction riding the same bike in game. Some freedom we get, to pick one example, is night races. In MotoGP, it's impossible to have because they don't do them, but for bike lovers it's a really cool experience because the feel of the ride at night is totally different."

Milestone is on the verge of releasing Ride 3 with a release date set this month. Cafasso says that this is a larger leap than we saw between the first entry and its sequel, with the Italian developer switching from its own proprietary tech to the Unreal Engine.

"We had to change everything and start from scratch, really," he says.

"That permitted us to uphaul the systems that were inside our engine which were getting old. There is a huge jump in every aspect, most notably in graphics thanks to the Unreal Engine but we also modified the engine to add in our physics system - that fits our gameplay style. Starting over again meant we could fix things we were not happy with in the previous titles and impress with our new physics system."

"That raises the quality bar a lot but it was a lot of work and a big challenge for the studio."

It sounds like this tech and time investment is worth it - and moving to a wider used engine should make many aspects of developer easier Milestone. Just as well, given that the firm has some pretty lofty goals for the IP.

"The dream is [for Ride] to become the masterpiece of biking games," Cafasso says.

"We look at Gran Turismo a lot when we think about this IP - the notion of collection. The dream for this game is to keep the amount of content really high, but give players the option to experience it in the most different way possible."

Activision pulls Transformers titles and Legend of Korra from Steam