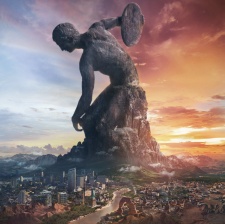 The DLC for the popular strategy game was launched on May 21st. The Witcher 3: Wild Hunt - Game of the Year Edition takes second place thanks to CD Projekt Red selling the title at 70 per cent off. Earlier this month, the Polish publisher was revealed to be the second most valuable games company in Europe. A new Witcher title is already in the works, but it will not be called the Witcher 4.

At No.3 is Re-Logic's Terraria. The game has entered the Top Ten following the release of the ModLoader as free DLC with Journey's End. Rockstar claimed fourth place with Red Dead Redemption 2. The Western shooter came to Steam in December 2019, one month after its PC launch. As of the end of March 2020, over 31m copies of Red Dead Redemption 2 have been sold into retail.

On May 21st, a new DLC was released for Total War: Warhammer II. The Warden and The Paunch debuts at No.5. Coffee Stain Publishing remains in sixth place with Deep Rock Galactic. The action game left Early Access and was fully launched on May 13th. For sale with 10 per cent off, Monster Train was released on May 21st and is in eighth place.

The penultimate entry this week is Fallout 76. Bethesda's apocalyptic online RPG came to Steam last month alongside its Wastelanders DLC. Dropping from the top of the chart to the bottom is Halo: The Master Chief Collection. The Sci-fi shooter was released on Valve's storefront in December 2019. At launch, it was one of the most played games on Steam.

Here is the Steam Top Ten for the week ending May 23rd: