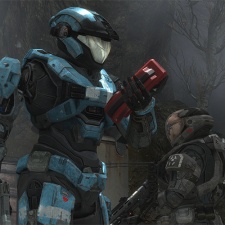 Halo: The Master Chief Collection has topped the Steam chart this week.

Xbox Games Studios' sci-fi shooter came to Valve's storefront last December, but it shoots back to the No.1 spot thanks to the launch of the release of Halo 2: Anniversary.

At launch, The Master Chief Collection was one of the most-played games on Steam. Last November, the Halo TV series entered production. At No.2, with a 50 per cent off sale is Larian Studios' Divinity: Original Sin 2 - Definitive Edition. In third place is Scrap Mechanic, Axolot Games' title is currently in Early Access.

The first of two entries for Rockstar is Red Dead Redemption 2. The western-shooter sits at No.4. The open-world adventure came to Steam last December, one month after its PC launch on the Epic Games Store. Currently, the game is on offer with 20 per cent off. The publisher's second entry, in eighth place, is Grand Theft Auto V. Its law-defying title proved to be the best-selling game of the last decade in both the US and the UK.

Deep Rock Galactic has claimed sixth place. Coffee Stain Publishing's game left Early Access and was fully launched on May 13th. Valve and its Index VR Kit come in at No.7. Earlier this year, production for the hardware was impacted by the ongoing coronavirus pandemic.

The penultimate entry this week is Mount and Blade II: Bannerlord. The Early Access title has had an impressive run in the Top Ten, upon release, it maintained the No.1 spot for three consecutive weeks. Closing the chart is Crusader Kings III. Paradox Interactive's strategy sequel is available to pre-order and will be released on September 1st.

Here is the Steam Top Ten for the week ending May 16th: