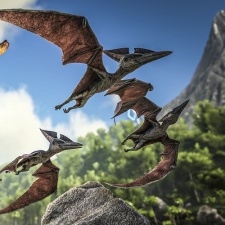 Studio Wildcard has once again taken the Steam No.1 spot, this week with Ark: Survival Evolved.

The survival RPG is currently on sale with 80 per cent off. Studio Wildcard also took the No.8 spot with the Season Pass for Ark: Survival Evolved Expansion, Genesis. That was top of the charts last week.

Second place goes to Halo: The Master Chief Collection. Xbox Game Studios' title came to Steam on December 3rd 2019. At launch, the sci-fi shooter was one of the most played games on the platform. In its first week, the game shot straight to the top of the Steam charts.

Playerunknown's Battlegrounds rose through the ranks to No.3 this week. Last week, PUBG Corp claimed DDoS attacks caused recent performance issues. Last month, funds to aid Australia in its recovery from the bush fires were raised with a limited edition in-game pan in the battle royale title.

At No.4 is Early Access title, Deep Rock Galactic, which is currently half-price on Steam. In fifth place, is Square Enix's Nier Automata. Last month, it was announced that the developer of the game – PlatinumGames – is opening a new studio in Tokyo. Furthermore, the company wants to explore different genres and styles of play. Between its March 2017 release and June 2018, three million copies of the action RPG were shifted worldwide.

Rockstar sits at No.6 with Grand Theft Auto V. The law-defying title was the best selling game of the last decade in both the UK and US. Between May and November 2019, five million copies of the game were sold.

Monster Hunter World: Icebore takes the No.7 spot this week. Capcom's DLC came to Steam in January 2020. However, it was released for consoles in September 2019. Ubisoft has the penultimate entry, Rainbow Six Siege: Year 5 Pass is in ninth place. In February, the online shooter broke its record for peak player count. That same month, the publisher made it clear that it wants to make the game accessible to colourblind players.

Closing the chart this week is The Forest. The survival horror game is on sale with 50 per cent off. As of November 2018, Endnight Games has shifted 5.3 million copies of The Forest.

Here is the Steam Top Ten for the week ending March 7th: