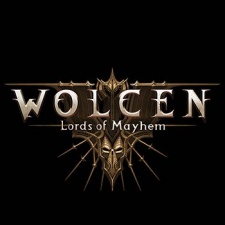 Japanese company Capcom has two entries this week. In second place is Monster Hunter World's Iceborne DLC. The expansion was released for PC in January 2020, however, it was first released on console in September 2019.

At No.3 is Monster Hunter: World. By March 2019, 4.5 million copies had been sold for PC - the platform is said to be the game's second-largest. Furthermore, the title has shipped 13 million units worldwide as of July 2019. Monster Hunter: World is currently on sale with 34 per cent off.

Fourth place this week goes to Daemon X Machina by Xseed Games. The third-person shooter was first released on Nintendo Switch in September 2019 but came to Steam on February 13th. Currently, the game can be purchased for 10 per cent off.

Deep Silver's Metro Exodus sits at No.5 this week. The game's release was met with some uproar after it became an Epic Games Store exclusive, despite being available for pre-order on Steam. The post-apocalyptic title was released on valve's storefront on February 14th. As a way to celebrate, the game was on sale over the weekend - it had a 40 per cent discount.

At No.7 is another newly released title, Azur Lane Crosswave by Idea Factory International. The action shooter was released on Steam on February 13th, it has an introductory offer of 20 per cent off. In Eighth place is the ever-present Playerunknown's Battlegrounds. A new map for the battle royale title was revealed in January. According to professional PUBG players, 2020 will prove to be a crucial year for the game as an esport.

The final two Top Ten entries belong to Rockstar. In ninth place is the criminally charged Grand Theft Auto V, the game was the best-selling title in both the UK and US for the last decade. Closing out this week's chart is Red Dead Redemption 2. Rockstar's western hit first came to PC in November 2019, however, the game came to Steam one month later.

Here is the Steam Top Ten for the week ending February 15th: