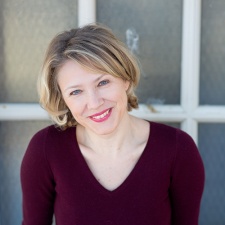 There’s a bit of disparity in the Italian games sector.

Despite being the tenth biggest market in the world, according to Newzoo research, with the company predicting $1.9bn in consumer spending for 2017, the actual games development scene in the region is rather small.

There are few big players, such as the likes of racing firm Milestone, Ubisoft Milan and Ovosonico, with the majority of the industry being smaller developers.

“Italy is one of the most important for games in Europe. Last year, we had a turnover of €1bn, taking into account consoles, software and accessories,” says the secretary general of Italian games trade body AESVI, Thalita Malagò.

“And over 40 per cent of the market plays games – there's a split 50 per cent men and women. The Italian market is pretty big and is growing, rising eight per cent in 2016 compared to 2015. The industry in Italy is still in a start-up phase.

"We have a limited number of older companies, like Milestone. The large majority of development studios in Italy have been established in the last five years. It's a quite young sector. We have counted over 120 development studios in Italy, all over the country, but there are some hubs. Milan and Lombardy are the most important places for game development in Italy – that's where all the major companies are located, like Milestone, Ovosonico and Ubisoft Milan.

"We are also having our consumer show in Milan at the end of September. Milan is also where the first public university is running a video game degree. The situation is still in a start-up phase, but we are seeing significant growth.”

Fortunately, Italy has measures in place to help the growth of the start-up scene in the region.

“In Italy we have a start-up legislation that was approved some years ago for tech companies, not just games,” Malagò explains.

“That contributed to the development of some companies. But more recently the Italian parliament approved a law reform for movies and audio-visual arts in which video games companies will have access to two different measures. The first is tax breaks like in the UK; the second is development funds. Tax breaks are more important for structured companies. Development funds will be key for the growth of start-ups because the larger majority of Italian games companies are self-financed. 25 per cent of Italian games developers are receiving resources from publishers, but that's a tiny number.”

In terms of what’s popular in Italy, FIFA – perhaps unsurprisingly – takes the crown. But football isn't the only part of Italian culture that informs what games the market enjoys.

“In Italy, the highest selling game is always FIFA. That is always the top in the charts. We're a football-loving nation. In general, sports games are very popular,” Malagò says.

“But at the same time, what we can see is that Italians are a very social population. We are one of the countries that uses social networks the most. We like the social dimension of games. They like mobile games and the social aspect of console and PC titles. They want to enter into contact with other players.

“From an industry perspective, Italy is quite good at developing racing games. We have Milestone, as well as other developers, working on these kinds of games. There's a long tradition with Milestone.

"On the other hand, especially in the last few years, we have seen a greater diversity in the sort of games made in Italy. We have a lot of experimental games being developed here, ones with a strong narrative component or with a technological aspect. It's a general trend – to give you an example, in Italy this year, we have had two very interesting projects launching. One is [Switch game] Mario & Rabbids, developed by Ubisoft Milan, as well as The Last Day of June made by Ovosonico and published by 505 Games. It's an emotional game. You have very mainstream games as well as experimental titles.”

The biggest challenge facing the Italian games market, Malagò explains, is it being recognised on the international scene.

“Italy is not known on an international level as a country that produces games,” she says.

“Maybe we are more popular in the fashion or design sectors than in video games. I believe we are starting to become an interesting producer of video games as a country and are showing different kinds of projects where technology and creativity are joined together in a very original manner. We have to make a lot of effort to become more international and to grow our reputation as one of the next rising stars in the sector.”

And looking towards the next year, AESVI’s goals are simple: expand the market and get more attention towards the Italian games scene.

“I believe the market will grow both from a consumer perspective and from an industry perspective,” Malagò says.

“The attention that our government is putting on video games will help companies to grow and establish their presence in the international market. I hope that we will have great games coming out, as we have had this year with Mario & Rabbids and Last Day of June.

“We are growing and are consolidating our international presence.”

Disclosure: AESVI is paying for PCGamesInsider.biz and other trade publications to fly out to Milan for a tour of local studios ahead of Milan Games Week. This interview was conducted before we were invited.