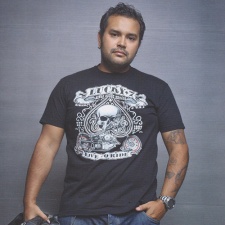 After being founded by Carlo Ivo Alimo Bianchi in 2013, Rome-based Storm in a Teacup announced its fourth title, Close to the Sun, at Gamescom last year.

We catch up with Bianchi to see what his plans for the game are, and to get a feel for the Italian games market

How was 2017 for Storm in a Teacup?
Tiring but exquisite. We did lots of research and development, met new potential partners and worked very hard for the new project.

At the same time we watched the market change and shape in a very interesting way, we stood here noticing how, for example, players are getting more and more power over developers and publishers. It's interesting to notice how times are changing and we are following the flow to deliver something the public will appreciate.

The biggest news right now around Storm in a Teacup is Close to the Sun. How would you say that response to that game has been so far?
Very positive indeed, differently from our previous projects that were created for the niches everyone that played our demo was very excited. The game is intuitive but challenging at the same time and the scare element of the horror mood works very well.

We had very big names approaching us to get a deal on the game and at the moment are evaluating what to do, when and how. It's that kind of game that gives you some of the handles in a financial discussion and I'm not giving it away so easily. STC is a strong company with very strong shoulders, we can afford to take our time and, if needed, even to complete the game by ourselves before finding the right partner.

What's your ambition for that title?
To sell a lot, of course. We have planned the game on very standard benchmarks, both past and present and we are doing even more than the competitors.

The pricing will be correct and in-line with the competition, the content will be exciting and very diverse, the story well written and the characters well defined. There are all the elements for a very good selling independent survival horror game, if the communication and marketing will be handled accordingly to the quality of the project then a new era will start for Storm in a Teacup.

What do you make of the horror games market at the moment?
Horror is like metal: it will never die. Is that kind of genre that always has two different targets: the horror fans and the ones that approach it rarely and so even more scared but interested. This is not a niche, this is a mass market genre and we can deliver something very clean for both targets. Horror movies are not so fortunate as horror games today, but this is due to the fact that big movie producers almost ruined their own market creating teenager/gory mediocre products. We are not making a game for the faint of heart or a love story with some elements of vampirism and werewolvism, we are creating a product for adults.

How would you assess the state of the Italian games market right now?
More than €1bn spent every single year in the gaming market, Italy is a huge pot full of players! The problem comes with development, something is moving but mostly very small companies.

What more can be done to further develop the region's interactive entertainment business?
Nothing really if you ask me, the problem is that too many people are developing a game thinking to become rich. Making games involves staying in the market for years before a game of yours sells that well, this also involves growing the company together with the team and there are so many different variables that come into the equation. '"We are gonna make the game that we would play!' is something I hear constantly here.

Of course you have to work on something you like but first, you have to make something for the market not for yourself, this means that sometimes you have to sacrifice something you like because the market will not like it for example. I'm not positive nor negative on the situation of development in Italy, I just sit here in front of my PC doing my job for my company like everyone else should do. If, as a community, we mostly do compelling games then Italy as a country will succeed in becoming a big development hub, otherwise, it will be us again alone.

What's your ambition for 2018?
To complete the game Close to the Sun, to find a very good partner for distribution and marketing, to succeed going multi-platform and to close a path that we began a year ago and that will show it's potential only in 2019. 2018 for us mostly will be a development year, we like to think that focusing on that is more important than anything else. No clean and polished game equals poor sales so we really are trying to not get distracted by anything else.

We are also already doing pre-production for the next game so 2018 will also be the year we get a good idea of the direction for the product to come. There is also something more ambitious we are trying to do as a company, it doesn't involve the projects and only me and another member of the team are working on it but I can't say more at the moment. Looks like another year full of hard work, I can't wait for it.