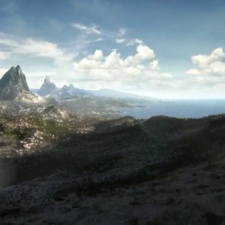 It seems that Bethesda's The Elder Scrolls fantasy series could be turned into a TV show on Netflix.

That's according to film and TV industry insider Daniel Richtman – as spotted by Game Rant – who reports that the streaming platform wants this show to be at least as popular as The Witcher, which was adapted into a TV series in 2019.

There's no official word from either the franchise's creator Bethesda or Netflix, but it's worth noting that the streaming platform has shown a real interest in adapting video game IP for TV and film. Not only is there the aforementioned Witcher show – which was on track to being the most successful first series for Netflix at the start of 2020 – but the firm has also created TV series based on Castlevania, Dragon's Dogma and Resident Evil.

That's on top of the film it is making based on Ubisoft's The Division IP. Oh, and the platform has also turned Red Candle's Detention into a TV show, which debuted on the platform at the start of December.

A new entry in the Elder Scrolls franchise is currently in the works, but it isn't going to be launching any time soon. In September, Microsoft announced that it intended to buy the series creator Bethesda for a whopping $7.5bn.