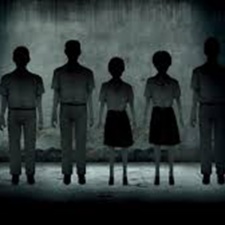 Taiwanese developer Red Candle Games' horror title Detention has been made into a show on Netflix.

As spotted by Rock Paper Shotgun, the series debuted on the streaming platform on December 5th in collaboration with Taiwan's Public Television Service.

It's based on the studio's 2017 release Detention, which originally hit Steam Greenlight the previous year. Previously the game was turned into a live-action film in 2019, with Warner Bros. Taiwan handling distribution duties.

The title is set during the 1960s period of martial law in Taiwan known as the White Terror and follows two students stuck in a high school.

If the name Red Candle rings a bell, that would be because the studio rose to prominence at the start of 2019 for its second horror title, Devotion.

The project was review bombed on Steam by Chinese players over an in-game joke referencing the country's president, Xi Jinping. The title featured a joke around Winnie the Pooh Bear, who Xi Jinping is often mockingly compared to. Red Candle said in subsequent months that this art asset caused "immeasurable harm" to the studio.

Both Devotion and Detention were added to the Harvard University's Harvard-Yenching Library earlier this year.