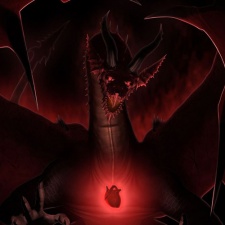 The trailer (below) shows a release date of September 17th for the series, which doesn't appear to have much connection to the 2012 RPG on which it is based.

This is Netflix's latest show based on a video games IP and comes hot on the heels of The Witcher live-action series, which debuted in December 2019. That has become one of the biggest first series on the platform. There's also a prequel TV show for The Witcher set for Netflix, while an anime film based on the IP is coming to the service.

The company has also released a Castlevania anime show, which debuted in 2016 with a fourth series currently on the way.

This is also the latest of Capcom's franchise to be given the film or TV series treatment. The Japanese publisher is behind the Resident Evil series of games, which has been the subject of a long-running series of films, while the firm's Monster Hunter is being turned into a movie. That film has been delayed back until 2021. There are also rumours of a Resident Evil show coming to Netflix.