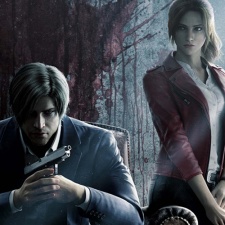 The rumours were true– another Capcom IP is making its way to Netflix.

The Japanese publishing giant revealed that a new Resident Evil TV show – Infinite Darkness – will be debuting on the streaming platform. The series is set to be rolled out in 2021 and stars Leon Kennedy and Claire Redfield of Resident Evil 2 fame. This is also separate from the previously-announced live-action Resident Evil TV show that Netflix seemingly also has in the works.

Out of all games companies, Capcom has perhaps been the most successful with opening up its IP to other mediums. Between 2002 and 2016, six live-action Resident Evil films were released with Paul WS Anderson at the helm and Milla Jovovich in the starring role.

That movie series is being rebooted at the moment, but the Hollywood duo has moved to adapt fellow Capcom franchise Monster Hunter for the silver screen. The film has been delayed until April 2021 due to the on-going COVID-19 coronavirus pandemic.

If that wasn't enough, an anime based on the Dragon's Dogma franchise debuted on Netflix earlier this month, while the Devil May Cry series is being given the same treatment.

The Resident Evil games franchise has shifted more than 103m units worldwide since its 1996 debut.

You can check out the teaser for Resident Evil: Infinite Darkness below: