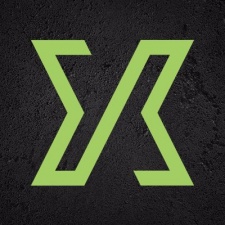 Update: 28/1/2019: Jagex has responded to PCGamesInsider.biz's request for comment with statement, pointing out that its sale by Fukong Interactive is one option open to the Chinese firm.

The RuneScape firm says that it has never been in better shape and that coming year will see further investment in both its staff as well as its third-party publishing Partners division and its growing mobile business.

“Fukong Interactive has issued a regulatory statement to advise the Chinese financial market that it is planning a major reorganisation and is considering sale of assets, with the partial or full sale of Jagex as a potential option," a statement from the Cambridge-based MMO specialist said.

"A sale of assets is one of multiple routes Fukong Interactive has available as it restructures and, by making this initial statement to the market, Fukong can now begin exploring such options.”

“Whatever the outcome of Fukong’s restructure, Jagex continues to execute on our short-term and long-term strategies for the RuneScape franchise, which has seen five years of consistent growth, delivered lifetime revenues of $1billion, and now has player membership at an all-time high driven by our living games approach and a successful first move to mobile with Old School RuneScape. Jagex has never been in better shape and the year ahead will see further investment in the organisation as we expand our talent base to create and deliver significant new content for our players, build on our Jagex Partners third-party publishing initiative, in addition to increasing our presence in mobile sector with RuneScape itself.”

Taking to Reddit, head of social JagexJD issued "one of 'those' corporate statements," insisting that Fukong selling all or part of the company won't have an impact on either version of RuneScape.

"On January 23rd, Fukong Interactive issued a regulatory statement to advise the Chinese financial market that it is planning a major reorganisation and is considering sale of assets, with the partial or full sale of Jagex as a potential option," he said.

"A sale of assets is one of multiple routes Fukong Interactive has available as it restructures and, by making this initial statement to the market, Fukong can now begin exploring such options.

"Whatever the outcome of Fukong’s restructure, it won’t change how you play RuneScape or Old School, and it doesn’t affect our plans as we continue to invest in growing Jagex, RuneScape and Old School, building on our record-breaking years, and ensuring we bring you all the new content and updates we have in the works, in addition to more quality of life improvements."

Original story 26/1/2019: Shanghai Fukong Interactive Entertainment, the Chinese owner of RuneScape maker Jagex, intends to sell at least part of its stake in the games company.

That's according to a stub article on financial media outlet Reuters, which says that the Chinese firm is looking to sell its "entire or partial stake" in the Cambridge-based developer and publishers.

Jagex, in theory, could be worth a decent chunk of cash, too. The company was bought for $300m in 2016 by a Chinese company that - via corporate voodoo and various deals - is now Shanghai Fukong.

Jagex has shown a strong performance, too, with 2018 being its biggest year ever. The company reported an all-time high profit of $56.7m, a rise of 51 per cent year-on-year. Revenue clocked in at $110.6m, a 14.2 per cent increase. RuneScape monthly active users also doubled in 2018, in part thanks to Old School RuneScape launching on mobile devices.

The same cannot be said for Shanghai Fukong, with the firm reporting losses of $69.61m for the first half of 2018 in August 2018. Net losses for January 2018 through to September 2018 reduced to $64.54, but considering the firm reported profits of $10m for this timeframe the year before, that's still a massive dive.

That was before its chairman resigned at the end of 2018 for personal reasons. Oh, and a Shanghai court is auctioning controller shares in Shanghai Fukong in February, saying they will bring in at least $31m.

It's honestly a bit surprising to see the Chinese firm looking to part ways to Jagex so soon. It's been less than three years since it snapped up the RuneScape firm and it has certainly been pumping money into the Cambridge developer.

The games specialist has been on something of a hiring spree for the last few years, attracting some serious talent in the process. Jagex has brought on board veterans of Zenimax and Trion Worlds, Ubisoft and NaturalMotion, Zynga and Multiplay as well as NCSoft and NetEase.

RuneScape continues to be a cash cow, too, with Jagex announcing the MMO had made $1bn in lifetime revenue as of the end of 2017. That figure had grown to $1.064bn by August 2018 when it announced its new publishing outfit Partners.

Jagex boss Phil Mansell told PCGamesInsider.biz last year that launching Partners was a way of providing stability in the long run for the company as - truth be told - the only major and consistent success the company has had is RuneScape.

It's early days yet and there's no indication as to who will snap up Jagex, or take a stake in the company.

Tencent would be an obvious candidate; a Chinese company that has shown an interest in buying or investing in Western companies that boast projects with a long tail, a bill that Jagex definitely fits.

NetEase, too, could be a candidate as the company looks to develop its business in the West.

Hell, with the spending spree that Microsoft is on right now it wouldn't be that surprising to see the Big M swoop in to buy the RuneScape maker - but all of this is just speculation.

We have reached out to Jagex for comment. Stay tuned to PCGamesInsider.biz for more as this story develops.