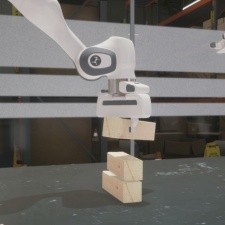 The company’s own physics tool has been made available to developers, researchers, and the curious after the company realised the value of PhysX to various areas of computing technology.

Nvidia names fields including robotics, artificial intelligence and automated vehicles as being potential areas of interest for PhysX application.

“NVIDIA PhysX, the most popular physics simulation engine on the planet, is going open source,” said senior director of engineering Rev Lebaredian in a blog post. “We’re doing this because physics simulation - long key to immersive games and entertainment - turns out to be more important than we ever thought.”

“Physics simulation dovetails with AI, robotics and computer vision, self-driving vehicles, and high-performance computing. It’s foundational for so many different things that we’ve decided to provide it to the world in an open source fashion.”

PhysX is already available in a number of game development tools, including Unity and Unreal Engine. The source code for PhysX can be accessed in its entirety over on GitHub.

Want a beefy GPU to power those simulations? Nvidia just announced the $2,500 Titan RTX as its next flagship card.