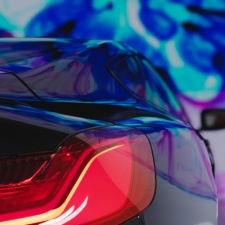 Nvidia’s GeForce Now streaming service has attracted a waiting list of over one million hopeful gamers.

As reported by CNET, Nvidia CEO Jensen Huang announced a waiting list that would make even the NHS pause during the company’s keynote at the Graphics Technology Conference yesterday, alongside news that GFN has hit 300,000 registered users.

GeForce Now has been in beta testing on PC since January 2018, with limited Mac testing kicking off a little earlier in October 2018. The service is also available on the Shield streaming box without a waiting list.

Huang also announced a number of improvements to the GFN service. The streaming platform’s servers will replace old Tesla P40 hardware with a new line of RTX servers, which should hopefully improve performance and scalability.

Nvidia also seems keen on setting up the infrastructure for other companies to run their own, third-party GFN-style services on its hardware - perhaps letting some consumers set up for streaming via their ISP or mobile operator rather than directly through Nvidia.

The GPU firm is no stranger to chasing and breaking popular trends. But as the crypto crash continues to harm GPU shipments, it'll be interesting to see how Nvidia handles cutting-edge bandwagons going forwards.