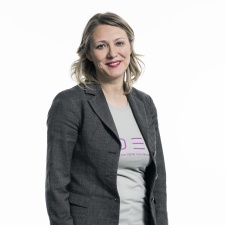 The organisation has decided to change its name to make it "more identifiable" according to the announcement and follows a number of big hits from the Italian games development scene in recent years.

2017 saw the launch of Mario and Rabbids: Kingdom Battle on Nintendo Switch, a title that was created by Ubisoft's Milan studio, while racing firm Milestone – long a well-regarded studio in the genre – was snapped up by European publishing giant THQ Nordic in 2019.

In addition to a change of name, IIDEA has also announced two B2B events in Italy. Round One is set to take place in Riva del Garda between May 11th and 13th, while Pisa is host to First Playable from July 1st to 3rd.

The organisation has also announced two new appointments to its board, with the founder and CEO of games studio Mixed Bag Mauro Fanelli and CEO and co-founder of Milan esports team Exceed Federico Brambilla joining IIDEA's governance.

“The rebranding of the association is a new venture for us and aims to position the association at both a national and international level,” the trade body's director general Thalita Malagò (pictured) said.

“The goal is to refresh the image of our Association, to better represent our membership - that today includes publishers, developers and esports operators – and, last but not least, to have a name that appeals to a global audience."

We caught up with Malagò back in 2017 to discuss how Italy planned to invest in and grow its video games industry. That year, the market generated $1.8bn in revenue, a figure that rose to $1.94bn in 2018.