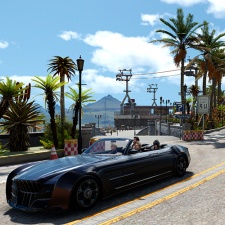 The PC version of Final Fantasy XV isn't even out yet, but the game has already been cracked.

That's according to Chinese piracy firm 3DM, which - as spotted by NeoGAF - claims to have used the Final Fantasy XV demo executable to crack unencrypted preload files from EA's Origin storefront.

Last week, it was reported that Final Fantasy XV would not use Denuvo, as per the title's End User License Agreement. Square Enix updated the storefront to indicate that the game would, in fact, be using the anti-tamper protection software.

The game is set to launch tomorrow (Tuesday, March 6th), but a cracked version of the game has been available on torrenting sites for four days prior to its release.

This is the latest bad news story for Denuvo. Once seen as the scourge of the piracy and cracking world, with 3DM itself saying two years ago that piracy could well end thanks to the firm's tech, it's been something of a downward spiral for the firm.

Where once it would take months for a game with Denuvo protection to be cracked, now it takes days post-release - or even pre-release, now.

Speaking to PCGamesInsider.biz last year, Denuvo protested that it never said it was uncrackable, and that the firm's strategy was one of protecting a title's launch window, when the bulk of sales take place. That argument is becoming hard to swallow when a game is cracked even before it is out of the gate.

Still, there are games that do survive well into their lifecycle; it took crackers five months to break Assassin's Creed: Origins. That's not a perfect example because the title used two other forms of protection in Uplay DRM and VMProtect.

The tech itself has also faced something of a consumer backlash, with gamers complaining of technical problems owing to Denuvo's tech. When it was revealed that Sega was using the protection for Sonic Mania, the feedback was resoundingly negative.

Even with the game itself being cracked, pre-orders for Final Fantasy XV: Windows Edition were the fourth most-purchased item on Steam last week. Clearly gamers are still interesting in forking out their hard earned cash for the title.

In January, Denuvo was bought by digital security firm Irdeto.