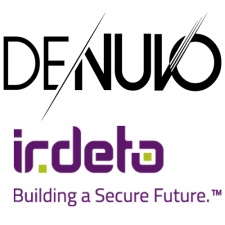 The value of the deal has not been disclosed, but the duo sees this as a way of improving their security offering as well as the potential audience for their wares.

“The success of any game title is dependent upon the ability of the title to operate as the publisher intended,” Irdeto chief Doug Lowther said.

“As a result, protection of both the game itself and the gaming experience for end users is critical. Our partnership brings together decades of security expertise under one roof to better address new and evolving security threats. We are looking forward to collaborating as a team on a number of initiatives to improve our core technology and services to better serve our customers.”

Denuvo boss Reinhard Blaukovitsch added: “Hackers and cybercriminals in the gaming space are savvy, and always have been. It is critical to implement robust security strategies to combat the latest gaming threats and protect the investment in games. Much like the movie industry, it’s the only way to ensure that great games continue to get made. In joining with Irdeto, we are bringing together a unique combination of security expertise, technology and enhanced piracy services to aggressively address security challenges that customers and gamers face from hackers.”

Founded in 2013, Denuvo for a time was seen as the gold standard of anti-tampering technology. At the end of 2015, hacking groups were saying there would be an end to piracy altogether – all that fell apart in the last two years as brand new games were cracked within their launch window.

Given that, speaking to PCGamesInsider.biz earlier this year, Blaukovitsch said that Denuvo's strategy was to protect games within their launch window, this isn't exactly ideal. The latest version of Denuvo – 4.8 – used in Assassin's Creed Origins was only cracked this week – about ten weeks after launch. While not ideal, it's certainly an improvement.

This deal with Irdeto is certainly one way of making Denuvo's security offering better. There has also been criticism raised at the firm's tech for degrading game performance.

But most criticism directed at Denuvo is to do with the unwashed masses thinking that companies who invest huge sums of money into artistic ventures are wrong for trying to protect said ventures. Which is mad. These protections in games don't have a great rep as it stands due to the heavy handed approach some publishers have taken – online-only titles such as 2013's SimCity and Ubisoft's Uplay storefront, to pick two examples – have definitely tarnished the reputation of this very simple and understandable concept.