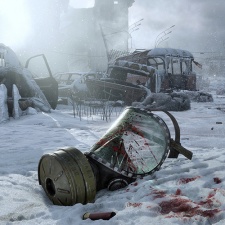 In a post on the game's website, developer 4A wrote that it was removing Denuvo from the game on Steam, the Epic Games Store and Xbox Game Pass. This comes 15 months after Metro Exodus was released in February 2019 and coincides with the title launching on CD Projekt's DRM-free storefront GOG.com.

Metro Exodus was exclusive to Epic's Game Store when it was released on PC, with the platform saying that the game had sold 2.5 times the number of copies that Metro Last Light had sold in the same time frame on Steam. When Exodus eventually launched on Steam in February, the game sold around 200,000 units in its first few days.

Metro Exodus is the latest triple-A title to stop using Denuvo's anti-tamper tech. Unlike other games, such as Doom Eternal, which have halted their use of the software due to a fan backlash, 4A's decision to remove the tech is likely due to the fact that Exodus has been out for a while now so the risk of piracy harming its sales is pretty low.

Speaking to PCGamesInsider.biz in the past, Denuvo has insisted that its strategy isn't to prevent games from being cracked and pirated indefinitely, but rather to protect a title's launch window. The success rate on this varies somewhat, with some projects being cracked within days of release, but it seems to have worked with Metro Exodus. The same is true with Capcom's Devil May Cry 5, which dropped Denuvo roughly 12 months after release.