Denuvo: “We never said we were uncrackable" 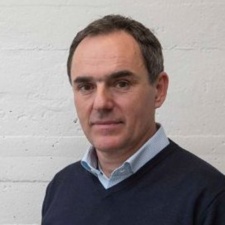 The media narrative has not been especially kind to anti-tampering firm Denuvo.

For a while it was seen as a gold standard; a king of the anti-piracy world. It was protecting games large and small from being cracked. It was good at it, too, to the point that hackers, such as those on Chinese forum 3DM, were saying that the days of PC piracy were numbered.

But in the last year, that veneer has started to chip, with titles that used the tech like Square Enix’s Rise of the Tomb Raider and indie darling Inside being cracked.

In the face of this, however, CEO Reinhard Blaukovitsch, is rather bullish about Denuvo’s last year.

“As everybody in the games industry is aware, it is a cat and mouse game between the ones securing the games and the ones trying to crack the games,” he says.

“Many updates for games are still uncracked so if you want to enjoy a game with the latest features and bug fixes you have to purchase the game. Of course, we are continuously working on upgrading our solution to close the known attack vectors.”

He continues: “We have never stated that our solution is uncrackable, that is something that came from the media and some cracking groups.

“As long as the PC games industry has existed there has never been an ‘uncrackable’ offline copy protection, and there never will be.

“Our goal is to secure the initial sales window and delay cracks of game updates and that’s something we are still doing for most of the games we protect.

“As a quick example as of today, dating back to November 2016 – so a bit more than half a year - more than 40 per cent of the games protected by Denuvo are still uncracked.”

As Blaukovitsch himself says, there is no such thing as uncrackable security in games. Anti-tampering measures such as Denvuo are ultimately about safeguarding a game during its launch window, when the majority of sales are normally made.

For the most part, it was successful in this; Rise of the Tomb Raider was cracked in 193 days. With Inside, it took just six weeks.

But the argument of safeguarding a game’s launch period is somewhat weak when another title, Tequila Works’ Rime was cracked in just five days.

Unfortunately for Denuvo, perception is reality. And despite what the anti-tampering firm says here, the perception is its tech isn’t up to the task anymore.

“We have identified the loopholes that have been used to bypass our anti-tamper solution and as already stated there is no generic approach to crack our games out in the wild. We are now in the process of closing these attack vectors and believe that this will help again to lengthen the crack free windows,” he insists.

“At some point in time in future after we have released security updates there will appear cracks for these security improvements again and then we will analyse and close the exploits again. This cat and mouse game is simply part of our job and what we have been doing for the past almost 20 years. As mentioned previously, we still have crack-free windows that are substantially longer than any other solution on the market.

"And coming to your question, yes our tech is still up to scratch.”