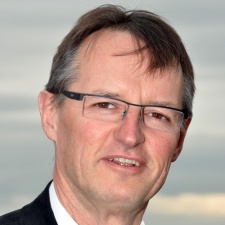 European publisher and distributor Koch Media is changing its name to Plaion.

Speaking to GamesIndustry.biz, managing director Klemens Kundratitz said that the company was looking to modernise its look, but ultimately decided that it needed to change its name.

"We're opening this new chapter, they're part of this, we're a modern, growing, ambitious, global company, and it's energising people internally. Obviously, we want to avoid people seeing this as window dressing. The signal we're sending is that we're on a journey and it's good to give this journey a new name, new visual appearance. New is always exciting."

He continued: "We have made such an enormous transformation since we joined the Embracer Group. Our name for so many years was associated with physical distribution, perhaps with us being more of a central European company – although including the UK because that was among the first three countries where we launched. But we're perhaps not seen as a global company. And it's sometimes difficult for some people to pronounce."

Koch Media is the parent company of publisher Deep Silver, as well as indie label Prime Matter. The firm was bought by Embracer Group, then THQ Nordic, back in 2018 in a deal worth $196 million.