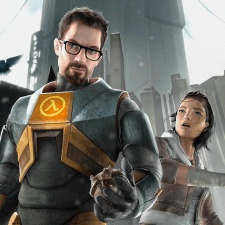 That's according to Valve News Network's Tyler McVicker – as spotted by PCGamesN – who claims that the title – codenamed Citadel – is being made primarily for its upcoming Steam Deck hardware. Gameplay-wise, the game is apparently a cross between Valve's Left 4 Dead and Half-Life properties, mixed with Alien Swarm and a real-time strategy game.

Perhaps unsurprisingly given Valve's skin in the VR game with its Index headset, Citadel might also feature an asymmetric virtual reality multiplayer component.

McVicker also claims that Half-Life 3 – or any traditional first-person shooter based on the IP – isn't in active development.

Valve revealed its Steam Deck hardware in July of this year. While initially set for a December release date, the tech has been bumped by two months until February.

The last outing of Half-Life was 2019's Alyx title for virtual reality platforms.

Valve is getting ready to unveil VR title Half-Life: Alyx