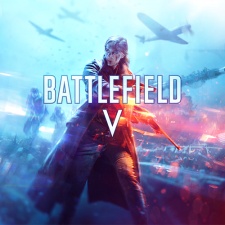 Publisher Electronic Arts has responded to the backlash the prominent featuring of women in Battlefield V received.

"We felt like in today's world—I have a 13-year-old daughter that when the trailer came out and she saw all the flak, she asked me, 'Dad, why's this happening?'" Soderlund said.

"She plays Fortnite, and says, 'I can be a girl in Fortnite. Why are people so upset about this?' She looked at me and she couldn't understand it. And I'm like, ok, as a parent, how the hell am I gonna respond to this, and I just said, 'You know what? You're right. This is not okay.'"

"These are people who are uneducated—they don't understand that this is a plausible scenario, and listen: this is a game," he added. "And today gaming is gender-diverse, like it hasn't been before. There are a lot of female people who want to play, and male players who want to play as a badass [woman]."

"And we don't take any flak. We stand up for the cause, because I think those people who don't understand it, well, you have two choices: either accept it or don't buy the game. I'm fine with either or. It's just not ok."

Furthermore, the exec said that the decision to have women so prominently featured was from the development team.

"On the [women] in Battlefield, this is something that the development team pushed," Soderlund said

"Battlefield V is a lot about the unseen, the untold, the unplayed," he continued. "The common perception is that there were no women in World War II. There were a ton of women who both fought in World War II and partook in the war."

Battlefield V was announced ahead of E3. A vocal minority took issue with a woman being on the cover, as well as a female soldier with a prosthetic arm appearing in the trailer.

The game was featured in EA's E3 press event - check out what else you missed right here.