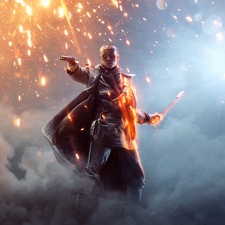 To the surprise of literally nobody, EA's DICE studio has been working on a battle royale mode.

That's according to VentureBeat, which reports that this year's Battlefield V has been testing a last-man-standing mode.

At the moment, this is at the prototype stage, which means it's not a dead cert to end up in the final game. It certainly won't make it into the Day One version of Battlefield V, meaning it could be shipped out as a free update at a later date.

It's possible that the mode might not make it into the final product, or that it could make it into another of DICE's games, such as the Star Wars: Battlefront franchise.

Battlefield V was originally leaked in March and sees the franchise returning to World War Two.

The news of Battlefield V's battle royale mode comes hot on the heels of reports that Call of Duty: Black Ops 4 ditching its single-player campaign to focus on its zombies mode and a new battle royale section.

It's easy to see why big companies like EA and Activision are chasing the battle royale dollar; the genre soared to new heights last year with Playerunknown's Battlegrounds and 2018 to date has been dominated by Epic's free-to-play Fortnite: Battle Royale.

But EA of all people should be aware of the dangers of chasing trends; the firm was also in on the MOBA craze with its own, Dawngate, but that ended up being cancelled as the market had already solidified with League of Legends and DOTA 2.

Having a single mode in an already-established franchise is certainly less of a risk than a standalone game, but let's hope that DICE brings something new to the table with its take on the battle royale genre.

Call of Duty vet Beede to head up Battlefield for EA