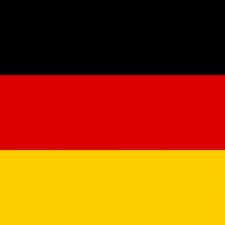 Germany could give video games that feature loot boxes or similar monetisation mechanics an 18 age rating by default.

That's according to local publication Spiegel – via Google Translate – which reports that a reform to the country's Youth Protection Act has passed on Friday, March 5th. Lawyer Julia Maris is quoted as saying that games that use "loot boxes or similar in-game offers" will likely "be classified with an age rating of 18 and over."

The MD of German video games trade body GAME Felix Falk said that it's important that youth protection laws are functional and up-to-date.

The reforms haven't become law just yet; they need approval from Germany's Federal Council. If given the nod, they could come into effect in spring.

This is the latest blow to the video games industry when it comes to monetisation. The crusade against loot boxes in video games largely started at the end of 2017 with the launch of EA's Star Wars Battlefront 2. Since then, countries around the world have wrestled with how to handle the business model and how it should be regulated.

In the UK, a government investigation is underway, while in the USA, ratings agency ESRB now warn consumers about random loot mechanics. Belgium has ruled that loot boxes are illegal, – leading publisher EA to pull FIFA in-game currency in the region – while some loot boxes have been classified as gambling in the Netherlands. The latter recently fined EA $5.86 million over the use of loot boxes in FIFA Ultimate Team.

Last year, the European Union said that loot boxes should be handled as a consumer protection issue as opposed to gambling.

Companies like Epic have started to disclose loot box odds, following a pledge by US games trade body the Entertainment Software Association.

EA vet Peter Moore has recently insisted that the company's FIFA Ultimate Team is not gambling, but says he understands the scrutiny it faces.