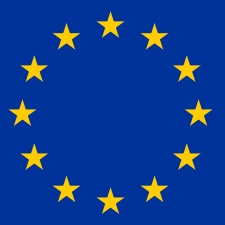 The European Union should handle video game loot boxes with consumer protection legislation rather than gambling.

That's the conclusion of a report conducted for the EU Internal Market and Consumer Protection (IMCP) committee titled Loot boxes in online games and their effect on consumers, in particular young consumers, which says that that the business model represents a specific problem with games design.

The IMCP's research also says that different countries banning loot boxes under gambling legislation – as Belgium has done – represents a threat to the EU's single market, given that the same opportunities aren't available to all citizens across all nations in the union. Furthermore, the IMCP says that parental controls in games aren't an effective deterrent because they are often not on by default and guardians often don't know how to use them properly.

"It is therefore recommended to broaden the perspective beyond gambling aspects and approach the issue of loot boxes and other problematic game designs from a wider consumer protection angle," the report concludes.

"The European Union has wide-ranging competences in the field of consumer protection and a well-established consumer acquis. Furthermore, the EU has already taken significant initiatives in markets that have similarities with the concerns created by loot boxes. For instance, the European Commission carried out a joint enforcement action together with the CPC of national consumer protection authorities to improve protection of children regarding in-app purchases in online games. Another example is the revision of the Audiovisual Media Services Directive (AVMSD), adopted in 2018, which reinforced the protection of minors against harmful online content."

The UK's House of Lords has recently said that loot boxes should be regulated as gambling, while the UK government is further investigating the business model following a Department of Digital, Culture, Media and Sport inquiry into harmful technology that took place last year.

Of course, loot boxes have diminished in popularity within video games since the end of 2017, when Star Wars Battlefront II featured an aggressive implementation of them.